Oh Balls! (Or how customer service saved the day)

Picture the scene – four old friends, and we’ve just passed a convivial evening in a restaurant. It’s Thursday night, 9.30pm, no-one’s ready to go home but at the same time a change of scenery is called for. Oh yes, and we’d like good wine please.

The trouble is, we’re in Victoria. A quick look on Google maps reveals only two viable choices: The Ebury wine bar or a branch of Balls Brothers. The Ebury is ruled out – too far from mainline transport options (yes, we have out-of-towners with us) – so Balls Brothers it is. I’d never visited any of this small chain’s bars before, but had an image in my head that they were well established and reputable with a solid wine list and comfortable surroundings.

Seemingly not. We arrived to find a half-deserted bar, with deafening music and disinterested staff. A cursory glance at the wine list revealed a typical selection – typical of about 25 years ago, that is. Half a dozen clarets, Burgundy, Rioja – tick, Chianti – tick, token new world offerings – tick. Interest, excitement, adventure – fail.

Never mind, I’m very partial to good claret, so Chateau Peyrabon 2004 (A Medoc Cru Bourgeois from a small producer) sounded good – but it was out of stock. Alternative recommendations weren’t forthcoming, so we hastily decided on the good value sounding Cahors Chateau de Caillou 2010. Sadly it felt like a dumbed down version of what should be a gutsy, herbal drink – bland, with simple fruit and little interest.

Following protocol for any self-respecting 21st century social mediatiste, I fired off a gnarly tweet on the bus home:

A few days later, Balls Brother’s PR operation kicked into action, contacted me and asked if they could try to convince me they were better than this. Impressed, I provided further detailed feedback, and we agreed a date when I could come and taste more wines from the list and give them another chance.

Balls Brothers Victoria put in a much stronger showing on the return visit, particularly from a customer care point of view. I hadn’t realised that by sitting at the high table nearest the door, we’d totally bypassed the attentive table service – and following closer examination, there were potential pockets of interest on the wine list.

Reds were more successful than whites – Of the whites, I loved the lively, unpretentious La Cote Flamenc Picpoul de Pinet 2011, but little else. Pete, my tasting companion for the evening, enjoyed the Spy Valley Sauvignon Blanc 2011, although I found it a bit blowsy.

The highlight for us both was the Medoc Cru Bourgeois we’d tried to order on our first visit, Chateau Peybarnon 2004 – fully mature, supple and sexy. Honourable mentions went to the easy-going yet multifaceted Castillo de Clavijo Rioja Crianza 2008, a leathery but restrained D’Arenberg Shiraz (“The Love Grass” 2009) and a perfumed, smoky Mendoza Malbec (Argento Malbec Seleccion 2011).

These wines were genuinely enjoyable, but the evening confirmed my feeling that there’s a slight mismatch between the clientele of this branch (which is leading the charge away from fusty cellars, to a more modern wine bar experience) and the list. Balls Brothers is part of a portfolio that also includes six Lewis and Clark bars, with the latter having more adventurous and varied wine selections (I haven’t been, but I’d be honing in on the Torrontes, some of the Rhone offerings or the Rieslings).

The Balls Brothers city bars have longer but more traditional lists. Victoria seems to be the poor relation, with neither the range nor the variety. Bizarrely, it does however offer Louis Roderer Cristal 2002 at £225 a pop!

BB Victoria’s manager Simon Alderton is disarmingly honest and understands his customer-base – mostly well-heeled after-work commuters, with the occasional high rollers who will flash a few hundred pounds on wine over lunch. It’s a largely youthful crowd, and was buzzing on this visit, so Simon’s mission to update the bar’s image seems to be working – so why the old-fashioned wine list?

London’s new-breed of wine-orientated bars and restaurants (Vinoteca, Terroirs, 28:50, Brawn, Soif, Bar Battu, Green and Blue) and the painfully hip Duck Soup have shown that younger consumers will happily venture into uncharted pastures if they are encouraged by enthusiastic staff and given a “story” that supports the choice of wines.

I’m not expecting that Balls Brothers is suddenly going to rebrand itself as a natural wine bar – although I think Simon might quite like the challenge (He told me he would dearly love to wean customers off Pinot Grigio). But surely there is room for some innovation, which might get customers drinking more adventurously – and spending more into the bargain (this doesn’t strike me as a price-conscious establishment).

In that spirit, here are three accessible yet lesser known wines/styles that I think would add variety and interest to Balls Brother’s list:

For the completists, here is the full list of wines we tasted (favourites are asterisked):

Elegant, but rather neutral for a Gruner (lacking the attractive green pepper pungency that I associate with good examples).

Very perky, with an attractive grassy aroma, and pineapple fruit flavours. A wine that puts a smile on your face (especially as it’s one of the cheaper offerings on the list @£23.50 a bottle)

If you like Marlborough Sauv Blanc, this is a benchmark example – complete with a whiff of cats pee/ammonia. I find it a bit too eager to please, the ripe gooseberry and stone fruit is in your face and there’s something slightly monothematic about the whole thing.

Rather sweaty, vegetal aroma – but leads to a fresh, mineral palate – wet stone on the finish. Not the world’s best Gavi but refreshing and well balanced.

I felt a bit like Jimmy Saville, drinking this. It says “eleve en futs de chene” on the label – can’t have been bottled for more than a month or two then! The youthful, fruity aroma was pleasant. A bit hollow in the middle, but still a refreshing drink.

This is only £5 a bottle more than the house claret, but felt like a considerable upgrade. Elegant blueberry and blackcurrant fruit, soft texture and a hint of oak, with enough structure to hold it together. Ever so slightly unbalanced/rustic on the finish.

For a moment it seemed as if we were doomed never to enjoy the wine that had been M.I.A. on our first visit. Balls Brothers serve this by the glass, and should have ditched the first bottle that we were poured days ago (it was heavily oxidised). Luckily, once we had a fresh bottle, the wine revealed itself to be a beauty. A mature, supple and rather sexy claret, with enticing cigarbox, spice and coffee overtones. Further proof that the Medoc’s cool years often provide the most typical and satisfying wines. Great value for the quality (£36.50 a bottle)

Rather closed and reticent to begin with, quite austere blackcurrant fruit. Very elegant, once it got into its stride, but doesn’t have the generosity of the Peyrabon ’04. Perhaps we should have tried the 2008 (the 2006 is now out of stock). Seems poor value compared to Ch. Peyrabon.

I was prepared to hate this. Aussie Shiraz is rarely my thing, but this shows restraint and the all important acidity/freshesss to balance its rich, leathery fruit.

Unpleasant “hot” character (high alchohol), which seemed very out of balance with the spiced plum fruit. Clumsy, international style. The sort of wine that could come from anywhere.

This is Simon Alderton’s favourite wine on the list. Pete liked the generous spicy red fruit, I found it slightly confected and even syrupy. The oak is well integrated though. “Chacun a son gout” I guess?

Disclosure: I was the guest of Balls Brothers Victoria, who supplied all the wines and very generous cheese and charcuterie platters. Many thanks to Pete, and to Simon A. for being a generous host. 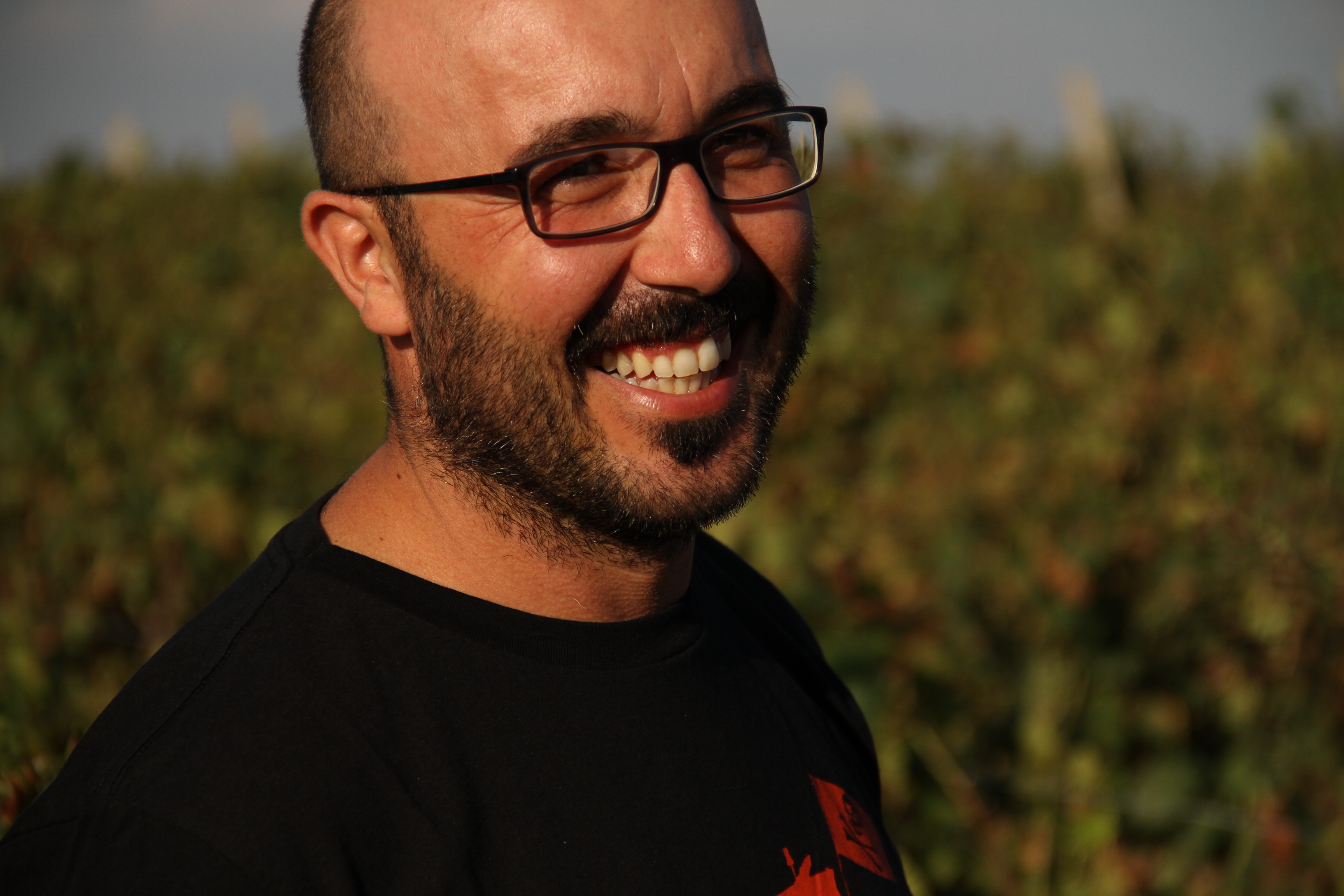 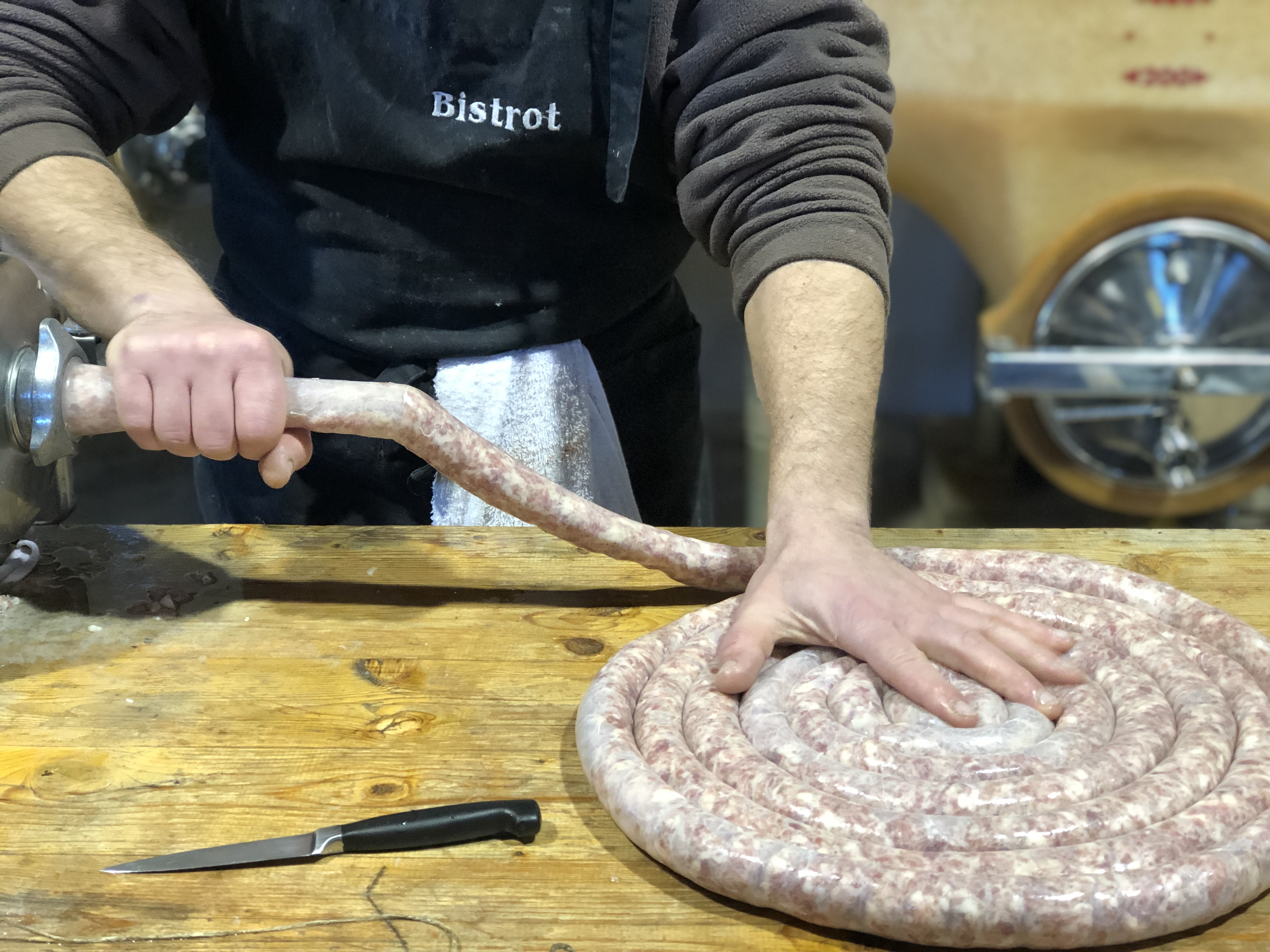 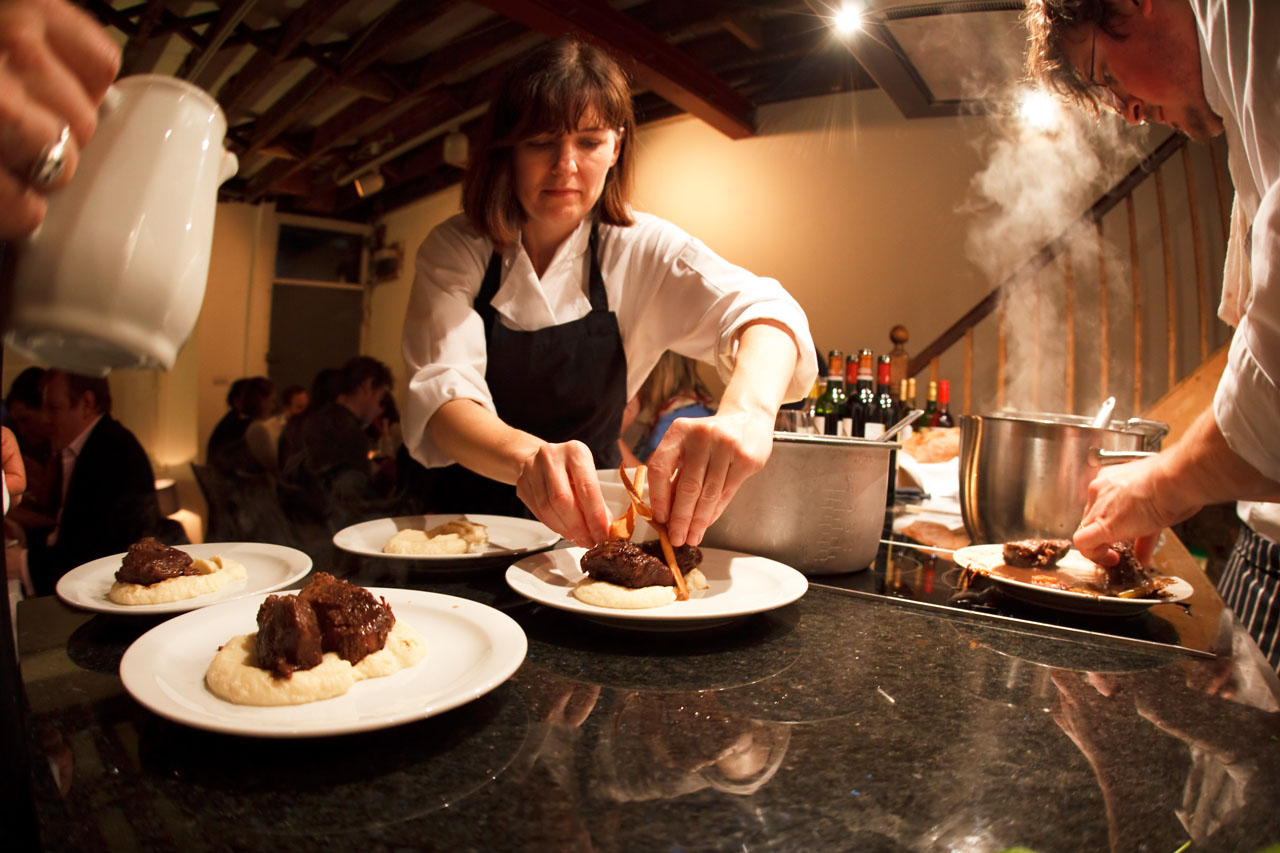 Graves doesn’t have to be serious

Some day, whenever making it back up to London, I’ll have to try some of the wine bars there as the scene seems to have grown a great deal in recent years.

As a sidenote, if you enjoyed the French Picpoul, you should really give a try to any number of the Picapoll (most likely the originally name) to be had here in Catalonia. Despite being a typical Cava grape, it’s also quite enjoyable as a single varietal or with slight blending. That extra bit of sun just south of the Pyrenees here does no end of wonder to tighten up the body in what can be a rather uninteresting grape otherwise.

Yes, there’s definitely been a lot of change. The notion of wine bars as something more than a home to claret-swilling, cigar smoking city gents has really taken hold in the last decade. To me it’s an exciting and positive development, hence my reaction when I see operations that seem to be left behind. I’d see the progression in the UK roughly like this: -1970s: Wine bars = claret, cigars, class (or cheap chianti, bohemian) 1980s – 1990s: the Chardonnay movement. (White) wine becomes the “go to” drink for a mainly female audience. Pubs and bars start offering a choice of wines (by the 250ml glass!) Late 1990s – now: wine starts to become interesting enough that wine bars can be “themed” around it, the idea of the small artisan producer (natural wines) becomes popular. 2000’s to now: natural/artisan wine bars start to open in London (Artisan and Vine, Green… Read more »

Funny in that the wine bar scene in San Francisco followed a similar trajectory although I would say that it was in 2005 where “the clue” started to happen and bars opened where they actively sought out small, unique producers. Sadly, seven years later a lot of this has died off and there are maybe only three in the whole town that I’d recommend to check out. Most just seem to phone in their wine lists and choose quite bland wines with markup (at least 300%) being the driving force on choices.

Barcelona on the other hand pretty much never not had wine bars. But, lately there have been some innovative ones opening here such as Monvinic and tast-a-vins at the old Moritz beer factory.

Now I need to reply on the subject of Picapoll… Interesting what you say about Cava, as I was previously only aware of Xarel-Lo, Paralleda and Macabeu. I took a quick look at wikipedia (admittedly not the most reliable) but there’s no mention of Picapoll as an allowed variety for Cava. Is it synonymous for something else?

No, both Wikipedia and yourself are correct and it was my mistake as it’s not an allowed grape under the DO Cava. I have however encountered it in one or two bubbly wines made with Picapoll, but it then has to be labelled as “vi escumós” and isn’t Cava.

The whole DO Cava constantly trips me up as it’s such an artificial DO basically just granting “cava rights” to the villages and regions that happened to producing it when they created the DO as well as the grape requirements, which are to put it politely, antiquated. One prominent has even decided to leave the DO after years of frustration.