Delicacy of a bygone age: Tasting Colheita Ports in Lisbon

What do you associate with Christmas? As far as drinks go, it may be the only time of year when some uncork a sherry or a port. And if it’s port, we Brits seem to have an overriding obsession with the crusted styles – that is, bottle-aged ports, either true “Vintage” or late bottled vintage (a younger style bottled shortly before it goes on sale). Of course, industrial quantities of much lowlier ruby port will also be consumed. Me? I prefer the gentler, subtler charms of an old Tawny (wood aged ) port.

But there’s another wood-aged style, even less well known in the UK, perhaps because the Portuguese are quite happy to keep it to themselves. Colheitas are tawny ports from a single year, rather than standard tawnies which are blended across vintages for consistency. They can age almost forever, and have a delicacy and complexity that is unrivalled by any other style. I was privileged to taste a range from over the last 150 years at this year’s Adegga Wine Market in Lisbon.

Three vintage ports from the 1960s displayed a fascinatingly wide range of flavour profiles – Ferreira Vintage 1960 was the gentlest, with a very pale amber/ruby tinted colour, and an aroma of mushrooms amidst the more familiar dried fruit and spice notes. Sandeman Vintage 1963 was fiery, sweet and raisined, whereas Warres Vintage from the same year had a much more caramel dominated palate.

It was particularly interesting to put two venerable tawnies up against the Colheitas. Pocas 30 year old and Sandemans 40 year old tawny were both delicious – sweet, rich and full – but seemed brash and simplistic compared to the Pocas Colheita 1967, a wine of such delicacy, freshness and focus that it almost defies description.

Two other Colheitas were noteworthy: Grahams Colheita 1952 displayed impressive acidity, and an attractive caramel hint. Nothing could hold a candle to the Burmester Colheita 1937 though. Again, it is hard to disassemble such a complex, poised and balanced wine, but what stood out was the freshness, rich raisin and Christmas cake flavours, and an Olympian length.

There was a final treat in store – a cask sample of Niepoort VV – a sort of Colheita/Vintage mash up, consisting of base wines from 1863, aged in cask until 1972, and then in glass demi-johns until bottling in 2012. Yet again, it was the freshness and vibrancy of this wine that really took your breath away – along with stunning complexity, and a sense of absolute completeness.

We were very lucky to be able to taste these rare treats, in the “premium room” at the wine market (some bargain at €35, to taste all of these beauties plus many more wines that I’ve unjustly ignored). Some are available on the market, and unsurprisingly prices are high – into several hundred Euros for bottles of the older Colheitas. But, the smart move is to seek out examples from the 1990s and 1980s, which can be had for a much more modest outlay. I picked up some bottles of Pocas Colheita 1988 for a bargain €26. Will I age them for another 50 years? I doubt it, but they would be delicious even if I open them tomorrow.

—
Many thanks to Andre Ribeirinho and the whole Adegga team for organising a whole week of amazing events in Lisbon and Oporto. I was the guest of Adegga at the wine market and the premium room. 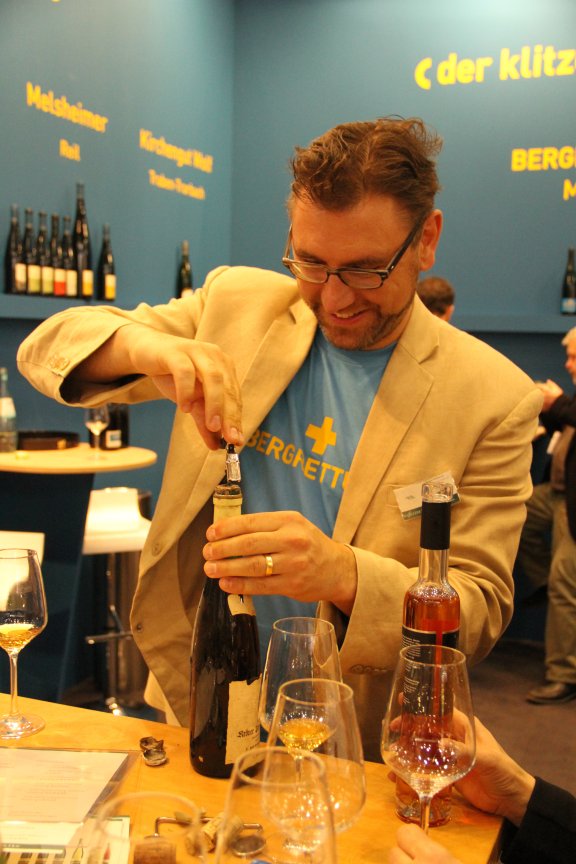 It’s almost festive in its exuberance.

I know little about port. I’m cranky that I was not in Lisbon with you but I’m feeling a bit more informed, a lot more inspired and actually enthralled that there is a taste that you feel almost ‘defies description’.

That made me laugh! I’ll just have to accept I’m mostly writing for a UK audience I guess! Perhaps I should say that Christmas cake tastes a bit like a fine Colheita port 😉

I’m also a big fan of Tawny Ports, specially Colheitas. I love the diversity in styles, richness and finish. Also, many of the less-known Port Wine houses have amazing Colheitas, some of which are selling for incredibly attractive prices. Thanks for sharing your view on the Premium Room! Looking forward to share more Colheitas in the neat future!

Andre, I’m still quite new to the Colheita style (I was always taught that it was the best of the best – but you rarely see them in the UK). That comparison between the tawnies and the Colheita really blew me away – the Colheitas have another level of precision and nuance that even a 30-y-o tawny can’t seem to touch.

My only problem is that you/Adegga have spoilt me so rotten that I may become quite difficult to please now!

Still, I think a bottle of Pocas Colheita ’88 will get uncorked this Christmas, it’ll be very interesting to see if it can recapture a small part of those magical vintages from decades previous.

great post Simon, I’m also a huge port fan and a fan of Lisbon, sorry wasnt there to enjoy it. well done Andre

I could have written a novel about how wonderful and romantic Lisbon is. The architecture is adorable, as are the “vintage” trams! I did draw the line at paying €3.50 to travel 250m on one of the funiculars though!