Not much over a month ago, I was waxing lyrical about my love affair with the Georgian Shavkapito grape. But that was then, this is now. Me and Shavkapito, we’re still friends but now there’s a new and similarly obscure Austrian grape variety in my life.

I first came across Feiler Artinger‘s superb Neuburger last September, and its generous yet elegant nutty complexity blew me away. It was so distinctive, and so different from most other Austrian dry white wine styles I’d encountered (predominantly fresh, mineral expressions of Gruner Veltliner and Riesling), that I easily picked it out at a blind tasting a few months later.

Neuburger is particular to Austria, and according to wine grapes, “a natural cross between Roter Veltliner and Sylvaner”. Chiefly made as a bulk wine up until the 1980s, it became unloved and increasingly rare as producers moved to increase quality. A tendency to develop rot (Botrytis) probably didn’t help Neuburger stay in wine growers good books either.

This sidelining is a shame given how characterful the wine can be. There are now only 651ha of Neuburger left in Austria, and only a handful of commercially available varietal wines, six of which I’ve managed to taste over the past few months:

Markus Altenburger’s Neuberger Reserve 2011 is not dissimilar to Feiler Artinger‘s, perhaps slightly more freshening citrus notes, but still soft-textured and distinctively nutty. Both of these wines spend time in used oak barrels, which definitely seems to fatten them up attractively.

Tinhof‘s much leaner 2011, with its bone dry finish, seems to lack the rather racy texture that I associate with the grape – but his 2012 is much more generous and creamy. Erwin Tinhof is aiming for pure fruit expression, with wild yeasts and no malolactic fermentation, and this has given his 2012 a fresh and lively edge.

Reknowned biodynamic producer Nikolaihof has a fresh, citrus-influenced 2011 Neuburger, relatively light yet still packed with interest – and, yet again, a dry nutty finish. Perhaps this reflects the different terroir of the Wachau – the three previous examples are all produced in more southerly Burgenland, in and around the Leithaberg DAC area. (DACs or Districtus Austriae Controllatus are Austria’s version of the French AOC or Italian DOCG systems, designed to protect and designate specific wine styles from a particular origin).

A grape that develops Botrytis (“Noble Rot”, as found in Sauternes and Tokai) is of course a good candidate for sweet wines, and Manfred Weiss (Neusiedlersee, home to Austria’s most prestigious stickies) has a charming Neuburger Spätlese 2006 which has just enough acidity to carry its not inconsiderable girth and marmalade overtones. I found his Neuburger Beerenauslese 2004 was lacking a little freshness.

This is a variety which may occasionally suffer from a lack of acidity – but it has such a consistent, recognisable flavour, and generous yet elegant character that I think it can be forgiven for occasional flirtations with flabbiness. Let’s hope that Neuburger’s recent renaissance continues to build. Championed by producers as talented as Feiler Artinger, Altenburger, Tinhof, Nikolaihof and Weiss, it’s deserving of more than just my adulation. 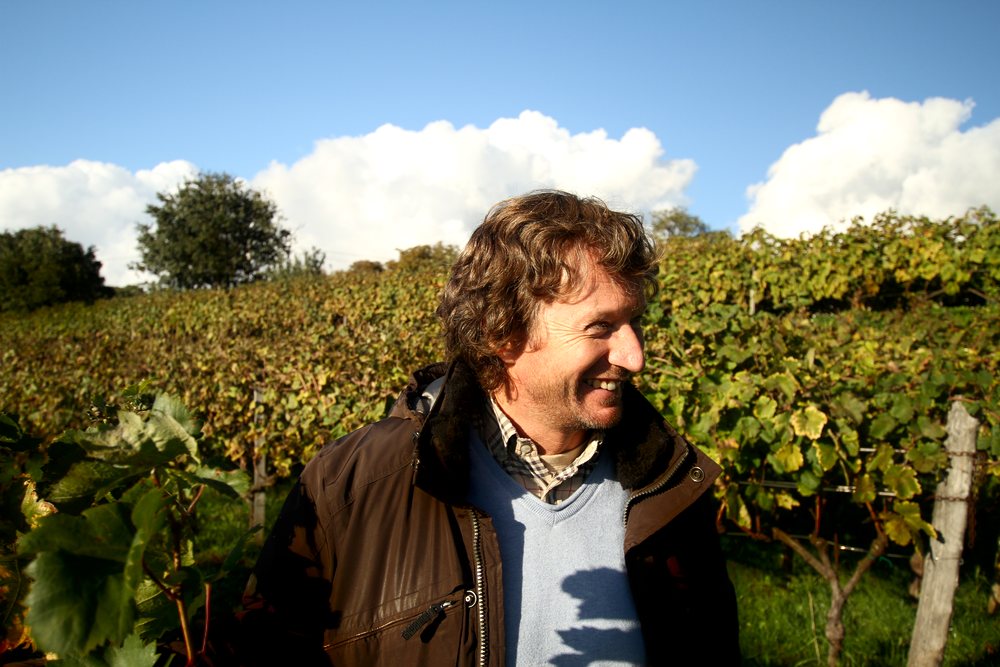 In search of the obscure and the wonderful. How geeky and fickle we both are!

Completely new to me….I’m sharing this with my Austrian maven from down the street and see what he can hook me up with, maybe even the Nikolaihof (my fave for Gruner).

My sense is that you will be uncovering and discovering the obscure in Austria for the next while.

Thanks a lot for your post Simon really instructive !! 🙂 I was just wondering if Neuburger wines except sweet versions can age properly or does it need to be drink relatively young?

Hi Fabien, I have to admit I’m not sure – the oldest I’ve tried were from 2010. The fairly low acidity in these wines might be a problem when it comes to ageing, I suppose. I’m going to see if I can get some input from one of the winemakers on this point.

I actually can confirm that Neuburger without any doubt has the potential to mature – particularly those from the producers named in the article. Last year at VieVinum wine fair, I came across a Neuburger 1990 from Nikolaihof which was really impressive, and Erwin Tinhof had brought his blend “Fuchsenriegl” 1999 and 1992 containing 50 resp. 80 per cent of Neuburger, and these two wines still showed their character clearly. Precisely last night I happened to taste (no: to drink with great pleasure) a Neuburger late harvest 1982 from Josef Leberl that was in a really marvelous condition.

And please let me add as well Schneeweis, Johann Donabaum and Rupert & Erika Gritsch as producers who know how to grow excellent Neuburger (http://www.wein-plus.eu/en/Wine%20Guide_2.html?searchTerm=&searchType=wine&showResults=1&pzahl_von=85&pzahl_bis=100&preis_von=1&preis_bis=9999&ohne_preis=on&jahrgang_von=1910&jahrgang_bis=2012&ohnejahrgang=on&sel_land=&weinart=&keyreb=127&MaxAlcohol=&azuck_von=0&azuck_bis=900&suesse=&praedikat=&verschluss=&verband=&tasting_time=1&vondatum=01.01.2012&bisdatum=05.04.2013&verkostungdat=&search_orderby=pzahlAsInt+DESC).

Thanks so much for your valuable insight and experience. I will have to pester Erwin and see if he has any remaining bottles of these old cuvées.

I will investigate the other producers you mention too! Glad to see this interesting variety has life in it yet.