This is Grüner Veltliner, but not as you know it. Martin Diwald fermented it in open plastic tubs, on its skins for 7 days. The result - Zündstoff - was destined for a blend, but turned out to be so delicious that it's been bottled in its own right. Interest in skin maceration as something more than a madcap hipster phenomenon seems to be peaking. In the last week, I’ve tasted the UK’s first orange wine (see my review here) and no less than four examples of the genre that randomly appeared on producer’s tables at a major tasting of Austrian wines in London.

One of the most enjoyable moments of that tasting was finally meeting Martin Diwald, a personable and laidback chap who produces superb white wines in Wagram (East along the Danube from Wachau). His Grüner Veltliner and Frühroter Veltliner have been favourites in my fridge door for some time now (they’re easily available in the Netherlands, although not yet in the UK). Diwald also makes some excellent single vineyard GVs and Rieslings which were new to me, but the biggest surprise and delight was a curious bottle at the end of his lineup: Zündstoff 2014. This is Grüner Veltliner, but not as you know it. Martin fermented it in open plastic tubs, on its skins for 7 days. The result was destined for a blend, but turned out to be so delicious that it’s been bottled in its own right.

The name is a pun as it means both “explosive” in the sense of bombs, and “inflammatory” in the sense of a heated discussion. Sure, the wine is probably a bit of a rebel in Wagram, but I found nothing apart from pleasure. The aromas are spicy and earthy, the fruit fresh and peppery, the finish slightly briney. In orange terms this is a middleweight – not especially tannic, but with plenty of colour and an assertive character. There’s no sense of denial about this being a white wine.

What I love about Zündstoff is that it speaks utterly of Grüner Veltliner. The profile is also distinct from the orange wines of Friuli, Southern Styria or Georgia – a great demonstration of how skin maceration can express terroir and varietal characterstics.

Down in the mash pit – more Austrian oranges Some other fun discoveries at last week’s tasting included Gerhard Pittnauer’s “Mash Pit” 2014 – a whole bunch fermented blend of Weissburgunder, Grüner Veltliner and Chardonnay, with 2 weeks of skin contact. It’s seriously and enjoyably grippy, with a generous creamy texture, spice and a hint of red onion marmalade. The finish is nutty and bone dry.

Pittnauer told me this is what he likes to drink at home – he tried making a wine in this style back in 1997, but “no-one understood what it was back then, so I gave up”. In 2016, its time has clearly come.

It was also good to catch up with Stefan Landauer-Gisperg to see how their qvevri fermented wines are developing (very well, incidentally). They also now make an “orange”, dedicated to Freddy, a deer who was injured in the vineyards and is now a family pet. Freddy’s favourite snack is apparently the Traminer (AKA Gewurztraminer) in this wine (Traminer Wild 2014), and it’s a charming effort, with heady aromatics and a tinge of apricot fruit. Arnold Holzer, also based in Wagram, is the young gun in charge at Eschenhof Holzer. He’s made a convincing skin contact Roter Veltliner, “The Orange” 2013. Here we get a more roasted, hot rubber note on the nose, with some plum skins. The palate is very lively, with baked, spiced apple (cinnamon and clove, for me at least). It finishes bone dry, but very light on the phenolics.

Holzer’s marketing is worth a mention – It is extremely refreshing to see fun, modern packaging and engaging website design in the wine world.

While one could talk of bandwagon-jumping, all of these winemakers have form – and more to the point, so do the wines. Skin contact is after all just another technique in the winemaker’s armoury. It’s exciting to see such a high level of interest in harnessing and refining this venerable winemaking method.

Eschenhof Holzer’s “The Orange” 2013 is available from Red Squirrel wines (only 300 bottles, hurry).

Pittnauer’s wines are widely available in the UK. I’m not sure if anyone has Mash Pit yet. Ask. 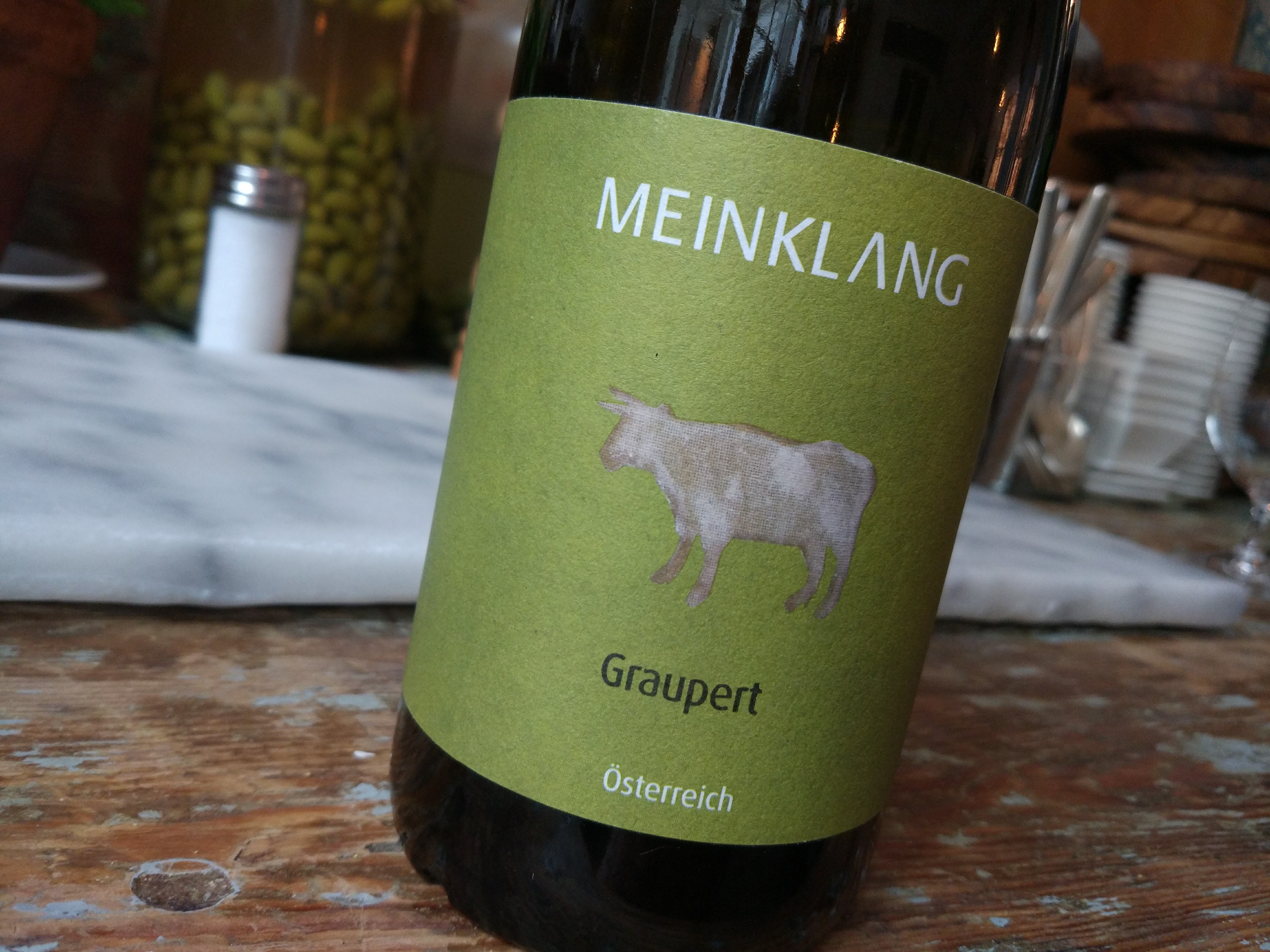 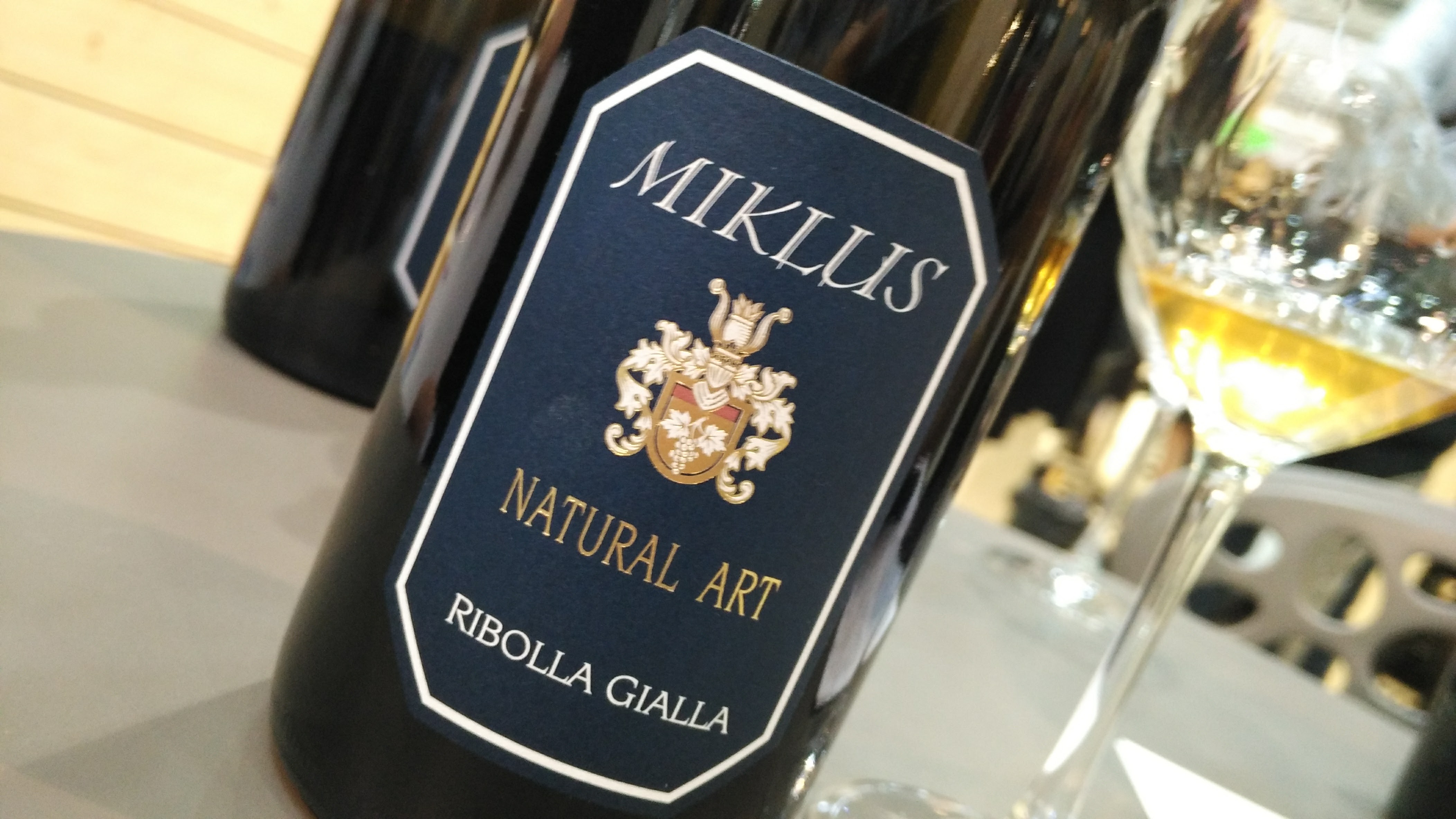 That is great to hear! Was this as a result of tasting his wines at the Austria tasting, or was he already on your radar?

Already on our radar, Martin is a neighbour and good mate of Arnold Holzer, who we’ve been working with since beginning of last year. Wines will be with us in time for the London Wine Fair.