There are times when I really hate going to large wine tasting events. Sure, they’re useful for a few hours of immersion, and with a favourable wind they sometimes yield new discoveries. But more often than not, good wines flash past unheralded, bad wines stick in the craw, and the end result is often little more than palate exhaustion and yet more damage to one’s precious enamel.

Take Denis Montanar’s wines as an example. I’ve only tasted them once before, at Rawfair in 2014. When I go back to my just-about-legible tasting notes, they were generally very positive. But I didn’t have a strong memory of these bottles – for the last three years, they were filed in my head under “also ran”. That turned out to be quite unfair, on the evidence of the Uis Blancis I opened today.

Montanar has a smallish estate (roughly 20 hectares) in Friuli Acquileia – a fairly obscure South-easterly corner of the region, at least when it comes to wine. Despite his youthful, rugged looks, Denis has been in the saddle for over 25 years, taking the family estate and then slowly enlarging it to its current size. Vineyards are farmed organically, and the winemaking is on the minimal intervention tip – enough to gain the “Triple A” badge of honour. I had to look that up, it turns out to be a global collective of natural wine producers including everyone from Chateau Musar to Nicolas Joly.

Montanar’s Uis Blancis 2012 is his premium white blend, from Friulano, Sauvignon Blanc, Pinot Grigio and a soupcon of Verduzzo Friulano – that wonderfully tannic, pungent white grape normally only found as a sweet wine in Ramandolo. The Verduzzo is just one of a number of plus points that makes me love this wine:

I love that Denis releases Uis Blancis when it’s properly ready to drink – the 2013 is the current vintage.

I love that this is a textbook Friulian white blend – the international varieties have been in the region since Napoleon.

I love even more that it’s made with six days of skin contact, giving wonderful aromas of hay and chamomile, in addition to baked orchard fruits, honey and salted caramel.

I love the effortless balance – the seam of acids keeping it fresh, the ripe, supple texture, the tannic prickle from the Verduzzo.

And there’s a lot to love in this big, complex wine, not afraid to show off its 14.4% alcohol. Yet there’s nothing overbearing or tiring about Uis Blancis – our ever reliable “empty bottle within two hours of opening” test proved that.

I’ve yet to make it to Denis’s lair, but colleague and contributor to this site Hannah Fuellenkemper worked the harvest there last year. You can see her beautiful pictures here. 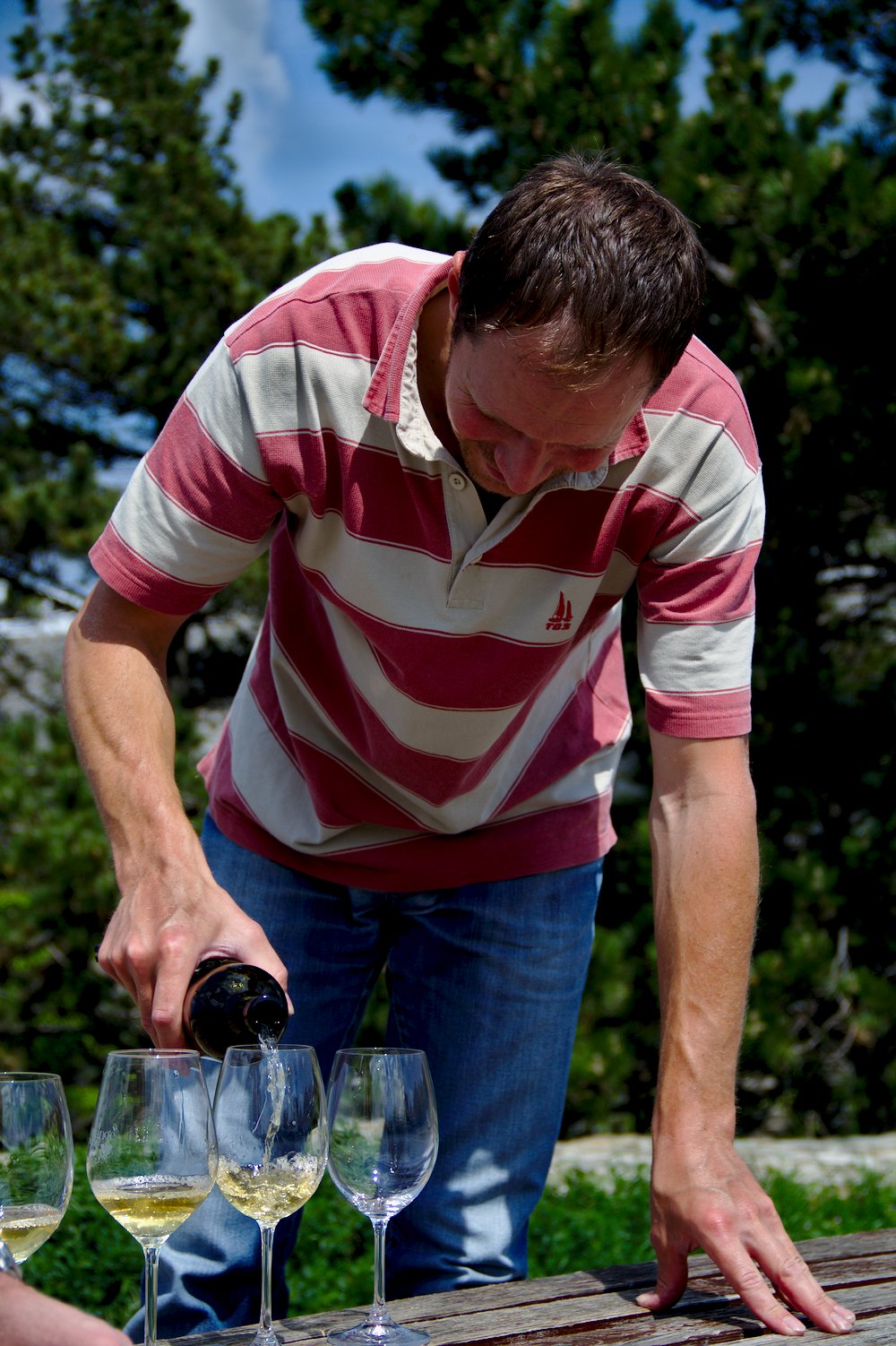