A wave of Georgian qvevri wine in Amsterdam

I'm a huge fan of Georgian qvevri wines - that's to say, wines made in the 8,000 year old traditional manner, where grapes, skins and sometimes stems are piled into a 500 - 2,000 litre clay amphora-like vessel, buried up to its neck in the ground. The challenge has always been how to get hold of them. But times are changing and one adventurous Dutch wine merchant "Andere Wijn" has hugely expanded their Georgian range.

I’m a huge fan of Georgian qvevri wines – that’s to say, wines made in the 8,000 year old traditional manner, where grapes, skins and sometimes stems are piled into a 500 – 2,000 litre clay amphora-like vessel, buried up to its neck in the ground.

The challenge has always been how to get hold of them. A tiny amount is imported into the UK, even less to the Netherlands where I currently reside. And what little there is often ends up languishing on restaurant lists, as it’s mostly too pricey to be easily sold in shops.

But times are changing, awareness of the wines seems to be increasing (admitedly from a very low base), and one adventurous Dutch wine merchant “Andere Wijn” has just hugely expanded their Georgian range. Andere Wijn is the brainchild of Bernard Nauta, an ex-industrial consultant who developed a taste for unusual wines during various job postings in Eastern Europe. He decided to found a business back home on that basis.

But if you need a bottle of Zorah’s wonderful Areni Noir (Armenia), a Laurot from the Czech Republic (no, me neither!) or a selection of Mstvane from Georgia then Bernard is your man.

A tasting in Amsterdam a couple of weeks back gave me the opportunity to compare 15 different qvevri wines from six producers, from small family owned Gotsa to the giant Telavi wine cellars.

It’s worth ruminating on the part large producers are playing in this qvevri revival. Whilst it was small, artisan winemakers who kept the tradition alive, the big boys (and they are very big in Georgia) have not been slow to jump on the bandwagon. This isn’t a bad thing – indeed as Georgian wine expert and promoter Sarah May Grunwald commented on my blog “There aren’t enough bottles of the “special” stuff for everyone to try”. The launch of boutique qvevri lines by most of the major Georgian wine brands is a positive and necessary step to improving availability. Not to mention bringing some more attractively priced qvevri wines onto the market.

A note of caution though, lest anyone get carried away with the notion that Georgia is predominantly a land of artisan winemaking, small producers and ultra traditional methods. It’s not. The likes of Tbilvino, Khareba (“Monastery wines”), Telavi Wine Cellars (“Satrapezo”) and Kindzmarauli Corp (“Koncho & Co.”) are all massive operations producing 5 million bottles a year or more, most of which is easy going semi-sweet plonk sold to Russia and its satellites. Their qvevri lines are important perhaps for status and national pride, but not in terms of volume or revenue. Khareba told me, for example, that their “Monastery wines” qvevri range represents 5% or less of total production. Still, when you consider that this is an estate owning 1,100 hectare of vineyards, that’s still quite a bit of wine.

If I sound cynical about the marketing and sales side, I’m not at all dubious about the quality. As Andere Wijn’s tasting proved, there are some truly excellent wines coming from both the Davids and the Goliaths.

All were fermented in qvevri, with the exception of Tbilvino’s Saperavi, noted in the text below. Wines with one or more stars next to them are recommended.

Rkatsiteli is Georgia’s most popular white variety by far, in some ways its the baseline I use to judge a qvevri producer. On that basis, * Tbilvino‘s “Qvevris” Rkatsiteli 2013 (€12.50) continues to impress me, with its accessible, clean, elegant style, nice fruit and spicy yet soft tannins.

I’m much less fond of Koncho & Co’s Rkatsiteli 2012 (€12.50), which always shows way too much oak influence for a qvevri wine. It feels like a rather obvious manufactured attempt to make a “qvevri-lite” style, and doesn’t succeed in the same way that Tbilvino’s version does. Soon to be Demeter certified Gotsa (a tiny family business) showed a fine * Rkatsiteli/Mstvane 2015 blend (€19.75), which had lovely aromas of sage, tarragon, hay and chamomile, plus loads of sweet fruit.

Their 100% Gotsa Mstvane 2015 (€21.50) was far less approachable (maybe just too young), with drying tannins and a rather overtly vegetal palate.

Vinoterra, the qvevri line from German-owned Schuchmann wines, has long been a favourite of mine for consistency and great value. Their * Mstvane 2014 (c. €16.50) is seriously grippy, as is typical for the variety, but the spiced lime, jasmine tea and generous apple fruit balances the tannins. It’s a glorious deep amber colour too. ** Satrapezo’s Mtsvane 2013 (c. €30) upped the ante considerably, with superbly aromatic plum and green tea notes, charming fruit with a refreshing sour apple bite, and fine but assertive tannins. A wonderful wine, from a range completely new to me.

** Pheasant’s Tears is a popular artisan wine producer, owned by American John Wurdeman. I’ve found their wines to be utterly non-user friendly in previous vintages, but I was bowled over by their ** Mstvane 2012 (c. €25), packed with pure, perfumed berry fruit, candied peel and a tinge of honey. The finish is really sweet and refined, with a hint of woodsmoke that adds character and complexity. A clutch of Kisi wines failed to hit the high notes for me. Koncho’s Kisi 2012 (€16) had lovely aromas and exotic fruit, but rustic tannins and once again unwelcome oak notes.

Vinoterra also age their Kisi partly in barrique (12 months after 6 months in qvevri), for unfathomable reasons. Their Kisi 2012 (c. €25) is nonetheless thrillingly fresh and pure, but the tannins are oppressive and need still more time in the bottle to integrate (The 2006 is drinking very well now!).

Tbilvino’s “Qvevris” Kisi 2015 (€17.50) also needs time, with its smoked honey and grippy, nutty tannins unbalanced by biting acidity at the moment. Their 2013, tasted a month earlier, is sensational to drink now.

On to the reds. Tbilvino’s “Qvevris” Saperavi 2014 alway feels a bit rustic and farmyardy to me (brett, perhaps). I’d rather drink their “western” style * Saperavi 2014 (not made in qvevri) which is loaded with red fruit and has decent structure.

Koncho’s Saperavi 2013 felt over the top, with drying tannins and musky, spicy red fruit. OK, but not great.

Satrapezo was once again the pick of the bunch. Their ** Saperavi 2012 (c. €30), aged in both qvevri and barrique, had ripe, full bodied blackcurrant fruit, with an appealing savoury, herbal character and a note of woodsmoke. This is a serious wine, elegant, structured and ageworthy.

Rather than the ubiquitous Saperavi, Pheasant’s Tears showed their * Shavkapito 2015 (c. €25), which impressed with perfumed raspberry and violet aromas. The variety’s typical velvety texture seduces you, but beware, a wall of tannins then crowds out the finish. Recommended with a big hunk of meat.

Prices are retail in the Netherlands where available, or average across Europe. Pheasant’s Tears and Tbilvino are available in the UK. Note that Tbilvino’s “Qvevris” Rkatsiteli is one and the same as the Marks and Spencer “Own label” version (Something I have now confirmed with the winery). I was the guest of Andere Wijn and Mevrouw Hamersma. All wines were provided as media samples, along with a delicious Supra cooked by Pheasant’s Tears executive chef Giorgi Rokashvili, which of course had absolutely no effect on my sense of wellbeing and positive outlook on Georgian wines. 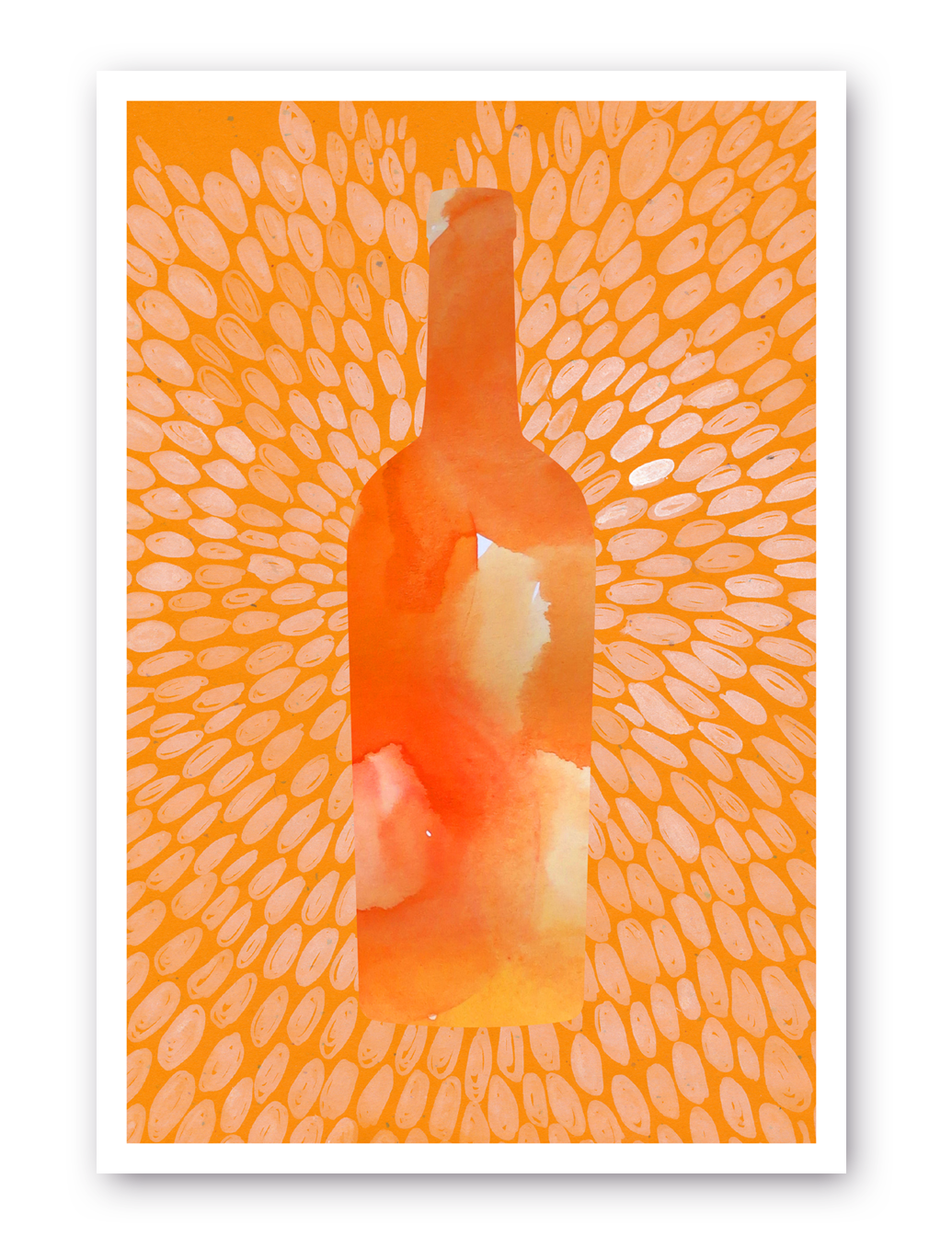 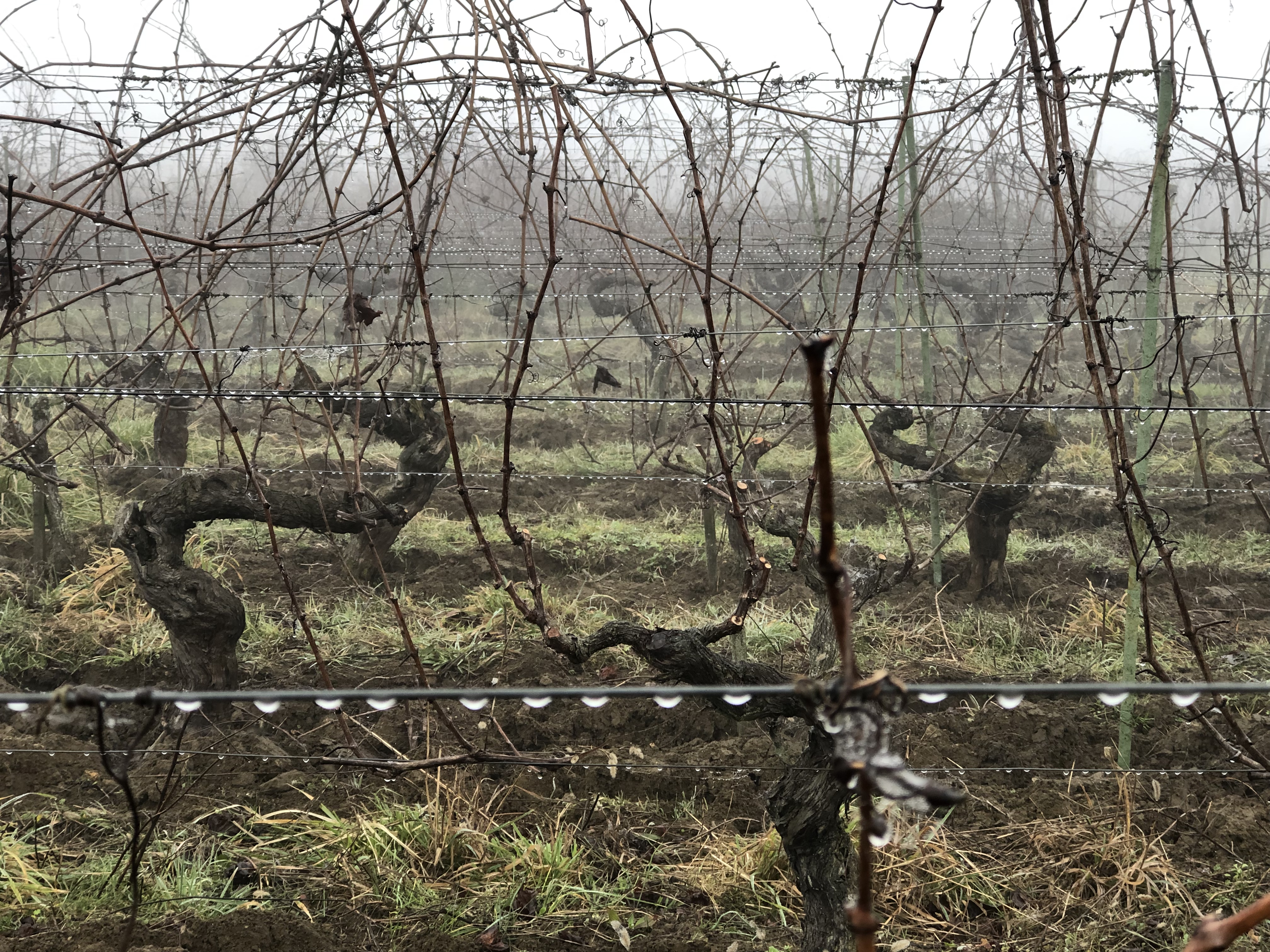 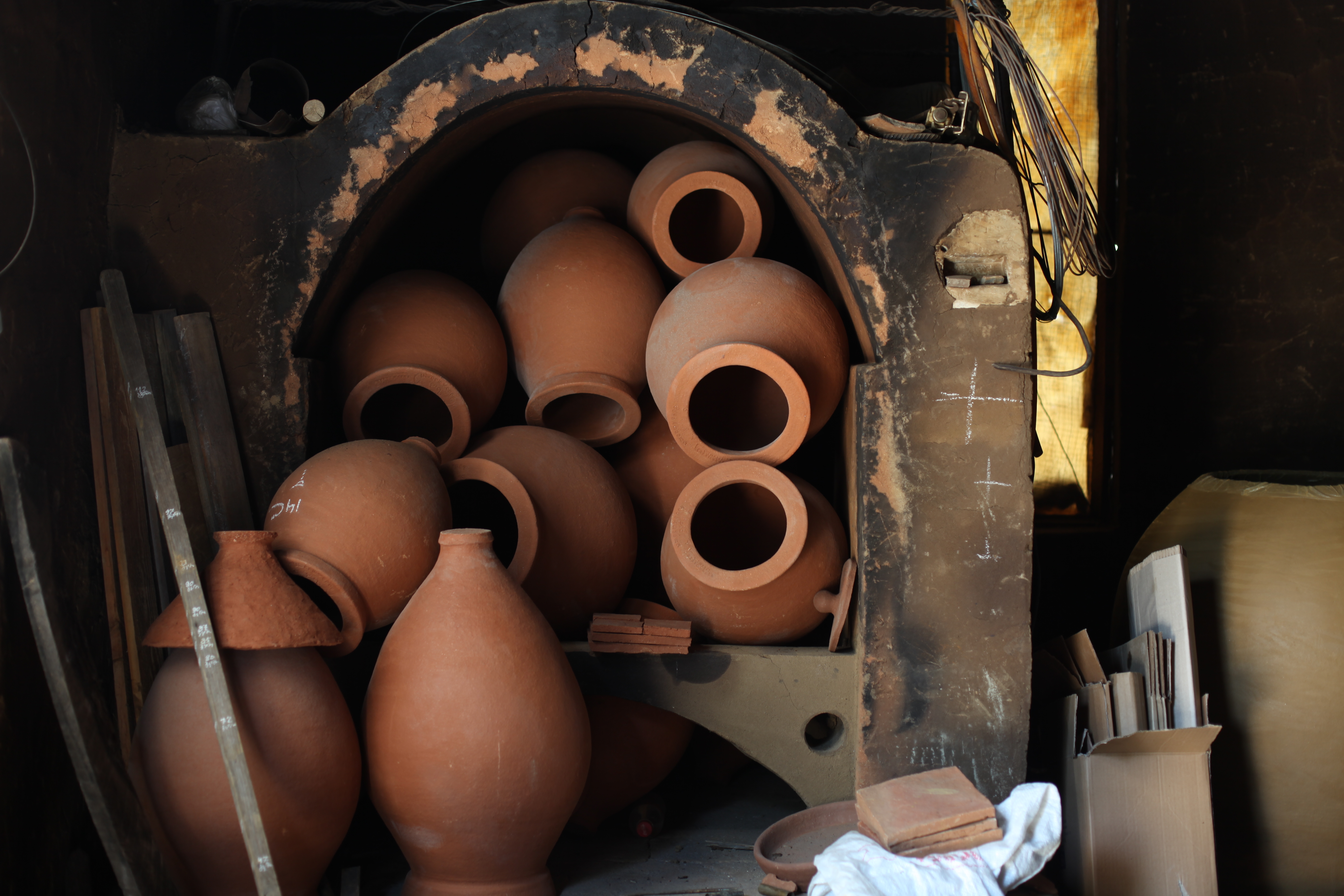 It is a pleasure to read something that has you as a person with your passions and foibles in it. And something written cause you wanted to express something personal.

Great post Simon, and what I love always about your writing is that you want these kinds of wine to be accessible, as I do. You are one of the few wine writers that doesn’t participate in bottle porn with bottles nobody can find. Your writing is completely UN-narcissistic and to me commended. As for the wines, I have to admit that I think a bit of oak ageing for Saperavi makes them much more approachable and less austere then most of the stainless steel and qvevri only ones I have had. The PT Shavkapito is always a wonderful surprise. Ages well. I had a 2009 recently that was incredible, and like you I have had my issues with this label. There is a huge improvement. The Gotsa Mtsvane is my dearest true love wine, and I believe it was bottled too early. There was Flor in the qvevri which… Read more »

Thanks Sarah – really interesting about the flor in Gotsa’s Mstvane. I certainly want to taste it again when its a few years older. I don’t think it’s a coincidence that my favourite Mstvanes were the more mature vintages.

Greatly looking forward to my return visit, after almost 5 years!

Hi Simon, I’ve heard of qveris, but I can’t say I’ve had any wines made in them. We do go to a natural wine shop, and it’s possible, but I’d like to know more. How do they impact the wine? Is it an alternative to oak, leaving an absence of oak flavor?

Sorry I took so long to reply to this! you’re exactly right abut the oak, they are a much older and longer established alternative to oak – for both fermentation and ageing.

Wine made in properly cleaned qvevris should not have any obvious “earthy” flavours, what the qvevri adds is very subtle micro-oxygenation (although they should be lightly sealed with bees wax), natural temperature control (because its buried underground) and natural “cleaning” or filtration of the gross and fine lees, which fall to the bottom and get collected in the pointy foot of the qvevri.

For more information see this article that I wrote a couple of years back: http://www.timatkin.com/articles?803

Hope you manage to track some sample wines down and try this fascinating, ultra-traditional style.

[…] The ten reasons vary from Georgian history to food pairing, but I feel they encompass everything that is great about Georgian wines. This is a good article for those who may just be starting to enter into the land or for those wanting to convince someone they know that Georgian wines are awesome. 3. A wave of Georgian qvevri wine in Amsterdam […]