Tbilvino is based in western Georgia's Kakheti - the country's most important wine region. A product of the modern age, Tbilvino was conceived in a post-communist world - their first commercial vintage was 1999. They're pretty successful, producing around 3 million bottles a year, most of which are sold to Russia, other ex-soviet countries and China - well established markets for Georgian wine. Since 2010, Tbilvino markets a small range of wines made in qvevri - currently a Rkatsiteli and a Saperavi, with a Kisi just about to be released. The "Qvevris" Rkatsiteli has made it onto the shelves of Marks and Spencer at the bargain price of £10, in an M&S branded guise.

(Almost) every week, I select an orange wine (a white wine made with extended skin contact) that grabbed my attention. View the whole series here

Note: this post was slightly edited on Feb 8th 2017, following input and corrections from the producer. Experienced wine lovers tend to look down on large producers – and by large, I mean wineries knocking out more than a million bottles a year. This isn’t without reason – generally, with such massive quantities, a different set of criteria apply – consistency, of both vintage and brand are of more concern than terroir or vintage variation. When it comes to winemaking, large producers tend to be more risk averse, more interested in reliability. Predictability is supposedly what the “average consumer” desires. Well, it is certainly what the “average buyer” desires. Which may or may not be the same thing.

That said, if a major winery puts its might behind a concept, it can work very well. Tbilvino is based in east Georgia’s Kakheti – the country’s most important wine region. A product of the modern age, Tbilvino was conceived in a post-communist world – their first commercial vintage was 1999. They’re pretty successful, producing around 4 million bottles a year, most of which are sold to Russia, other ex-Soviet countries and China – well established markets for Georgian wine.

Tbilvino’s owners, brothers Zura and Giorgi Margvelashvili, noted the renewed interest in Georgia’s traditional qvevri wines. Since 2010 they market a small range of traditionally made wines, along side their more mainstream offerings. The “qvevris” range currently comprises a Rkatsiteli, Saperavi, and a Kisi which I’ve yet to taste. Tbilvino “Qvevris” Rkatsiteli has made it onto the shelves of Marks and Spencer at the bargain price of £10, in an M&S branded guise. It seems to go in and out of stock at the drop of a hat, so check availability before setting out on a fruitless journey.

I’m not reviewing the Marks and Spencer version, but rather Tbilvino’s own label Qvevris Rkatsiteli 2013. The liquid in the bottle may well be the same, although M&S claims their bottling was specially selected. There’s a subtle floral note on the nose, not quite the jasmine aroma that I enjoy in some Rkatiselis, but more redolent of roses. Qvevri wines aren’t always that fruit-focused, but here we have really intense dried apricot, together with pleasing herbal, nutty overtones. The tannins are grippy, dry and dusty – but not overly dominant. For me this works really nicely to offset the ripeness of the fruit. In fact it makes me salivate and go back for another sip – surely the point.

Given the accessibility of this wine, and its relatively light, easygoing texture (for a traditional Kakhetian qvevri wine), some might be tempted to claim that Tbilvino’s qvevris isn’t the full experience. I disagree – there’s good typicity here, and the wine was made in the traditional way, with 5-6 months of skin contact in the qvevri. Tbilvino’s only tweaks to the traditional Kakhetian method were to substantially reduce the amount of stems (traditionally, all the stems would be added to the ferment) and to do a light filtration.

Ultimately, this is a wine with integrity, which speaks of its grape variety and the region of production. It’s not overly dumbed down, manipulated or internationalised. Qvevris is a great introduction to the style. It’s tasty and costs barely over a tenner. However risk-averse you are, give it a go.

Tbilvino Qvevris Rkatsiteli 2013 is available in the UK from Mephisto wines for £12.98, or in the Netherlands from Andere Wijn for €13.

I was sent a media sample of this wine. 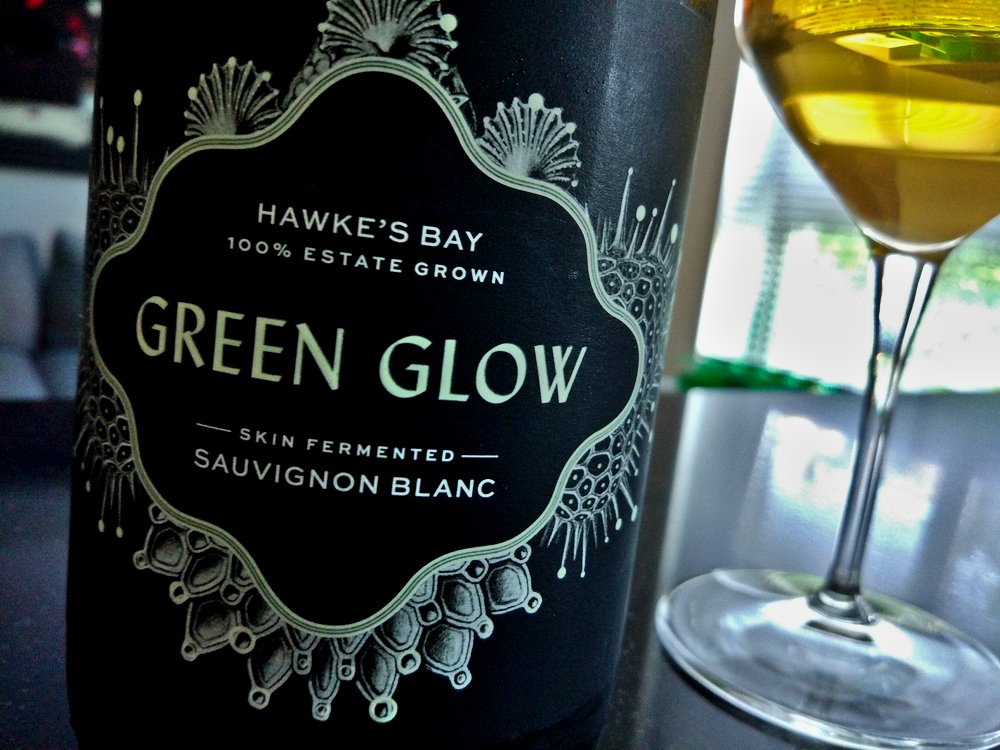 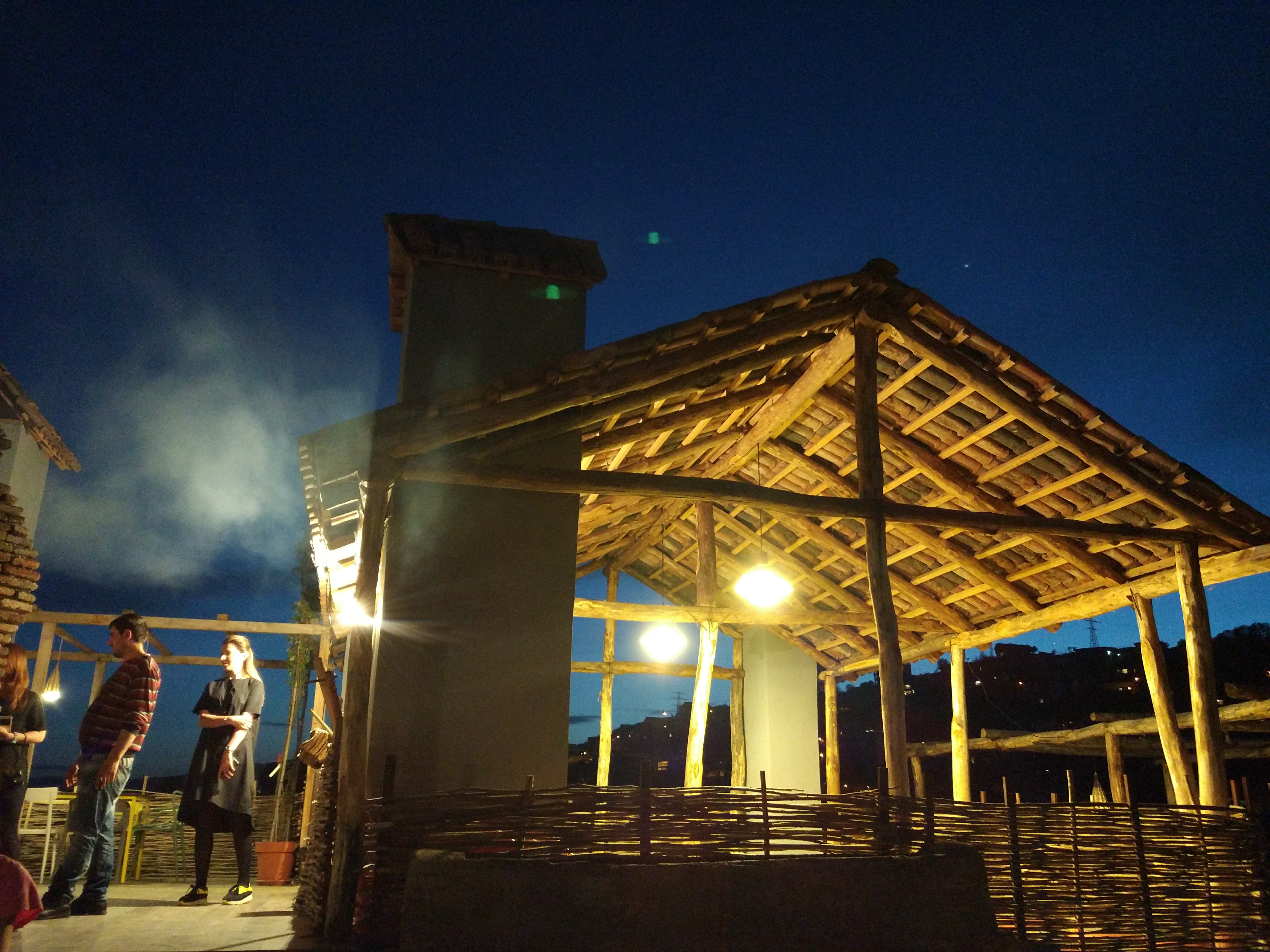 Is Bina 37 Georgia’s most bizarre winery? 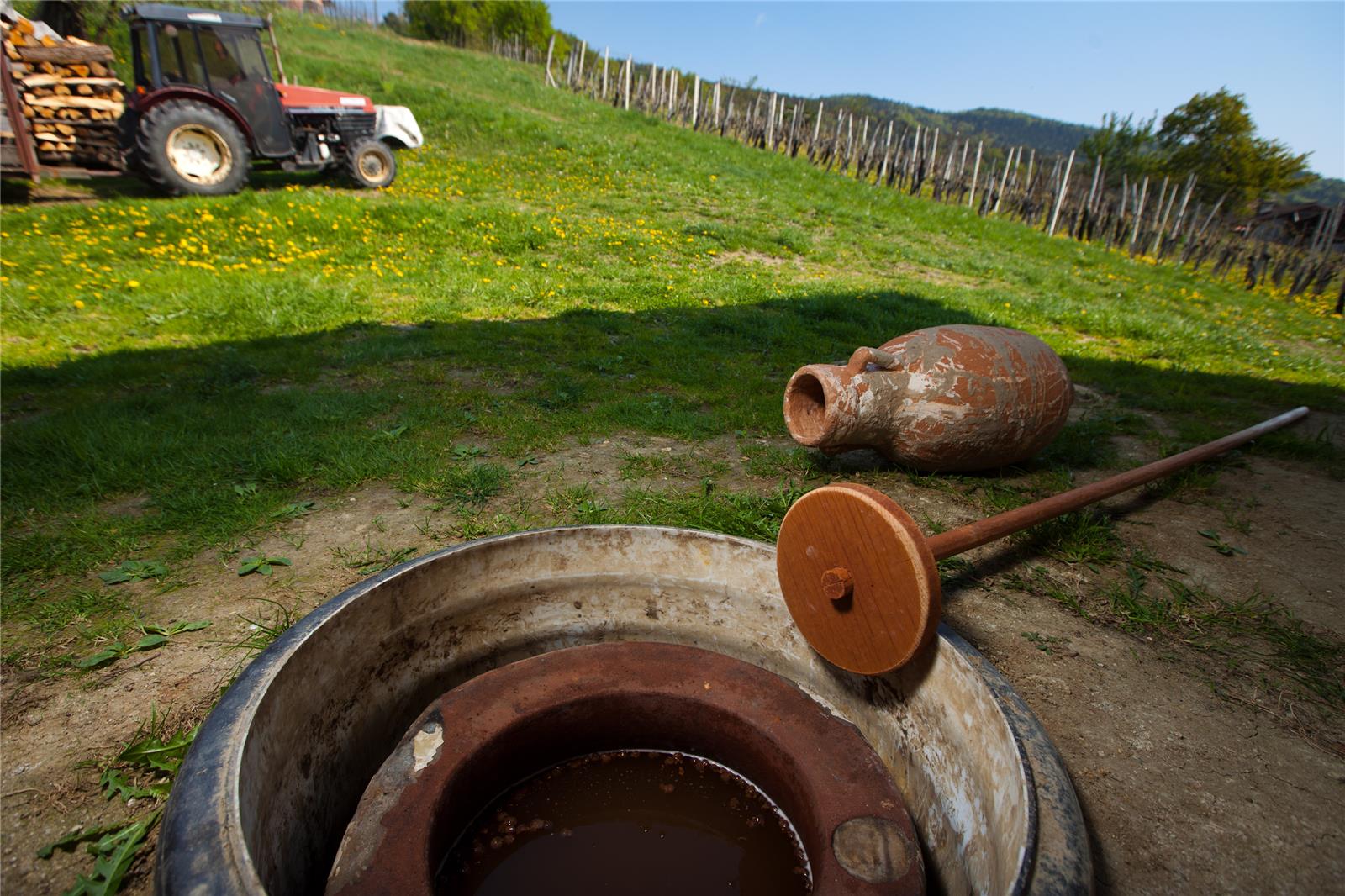 Wines of the cosmos – Zorjan

Great one, Simon. I think this is a great introductory qvevri wine

Glad we agree on that. Funny to see some instant prejudice towards this wine (on facebook), just because I started it’s from a big producer.

Not everyone is going to love the 9 month maceration qvevri wine. Plus there aren’t enough bottles of the “special” stuff for everyone to try. When I first tried Georgian wine, it was by a certain famous producer and they were terrible. Then I tried a producer who does both qvevri and European style wines and it made sense that they would be drinkable for a greater amount of people. Not every single bottle of wine needs to be a unicorn wine and the price point is excellent.