Winkler-Hermaden's Gewürztraminer Orange crossed my horizon after it triumphed in the 2016 Pogusch Weinkost - an annual competition for Styrian wines. “This is a family business” is a tired phrase when it comes to marketing, but it applies in spades to Winkler-Hermaden. No less than ten family members collaborate at this winery and hotel, in East Styria, Austria. The region’s nom de guerre, Vulkanland, is also highly appropriate. The winery perches on top of an extinct volcano, in the village of Kapfenstein. See the rather medieval graphic on their labels.

Their Gewürztraminer Orange 2013 crossed my horizon after it triumphed in the 2016 Pogusch Weinkost – an annual competition for Styrian wines, run by local newspaper Die Kleine Zeitung and judged at the Steiereck (Widely hailed as Austria’s best restaurant).

Winemaker Christof Winkler-Hermaden, one of the younger family members, explained the backstory: “The orange hype started at the end of the 2000’s in Austria. We tasted a lot and were impressed by the Quevri 2009 from Weingut Ott. While visiting the Intervitis winemaker fair in Vienna we met a Georgian qvevri retailer, and decided there and then to buy two of them and make our first orange wine.”

Although the first two vintages (2011 and 2012) were fermented Georgian-style in qvevri, the winery later decided they were too difficult to clean, and switched to stainless steel. This 2013 was spontaneously fermented on its skins for one month, then transferred to 600 litre barrels made from Kapfenstein’s own oak. A total of two months skin contact has garbed the wine in the deep, autumnal orange hue seen above.

The nose doesn’t scream “Gewürz”, instead offering candied citrus peel and violets. There’s a lot of grip (which I love), a bit of caramel, ripe pear, peach and salted almonds on the finish.This is unquestionably a big wine, but somehow moreish too. The salty, mineral elements balance the heat, and it doesn’t overbear. The label admits to 15% ABV, and Christof confessed to 15.5% (A tolerance which is perfectly legal in the EU).

According to Christof, the wine is actually a blend of Gewürztraminer and the much rarer Gelber Traminer (a mutation of Roter Traminer) – hence perhaps the slightly atypical nose.

The 2013 is now hard to track down, and no 2014 was made. However the 2015 is available online from this Austrian merchant. (The information on the site is wrong, the 2015 was made in steel not in qvevri). It’s recommended, as is all the output from this energetic and innovative family. 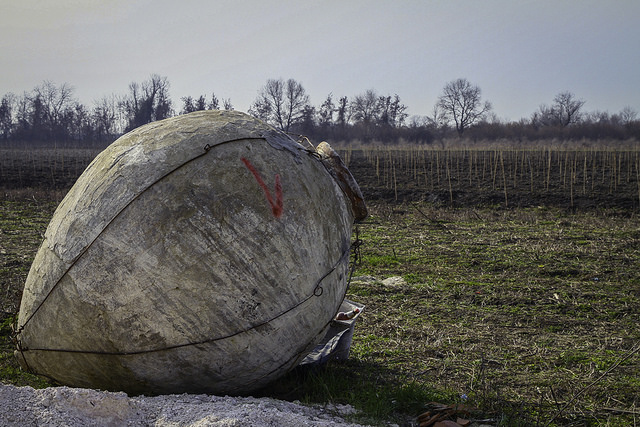 Deep down in a Georgian qvevri – Vinoterra Rkatsiteli 2011 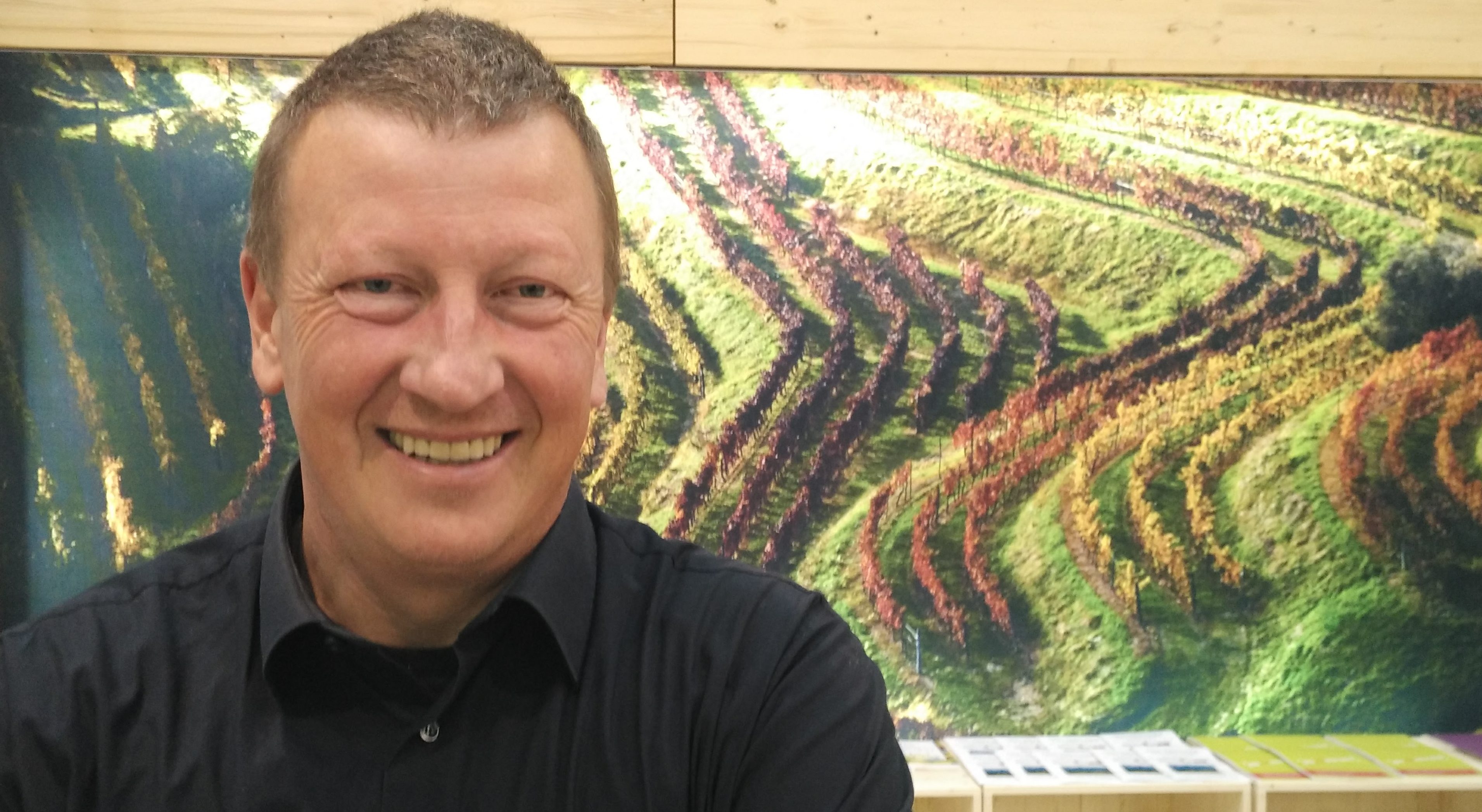 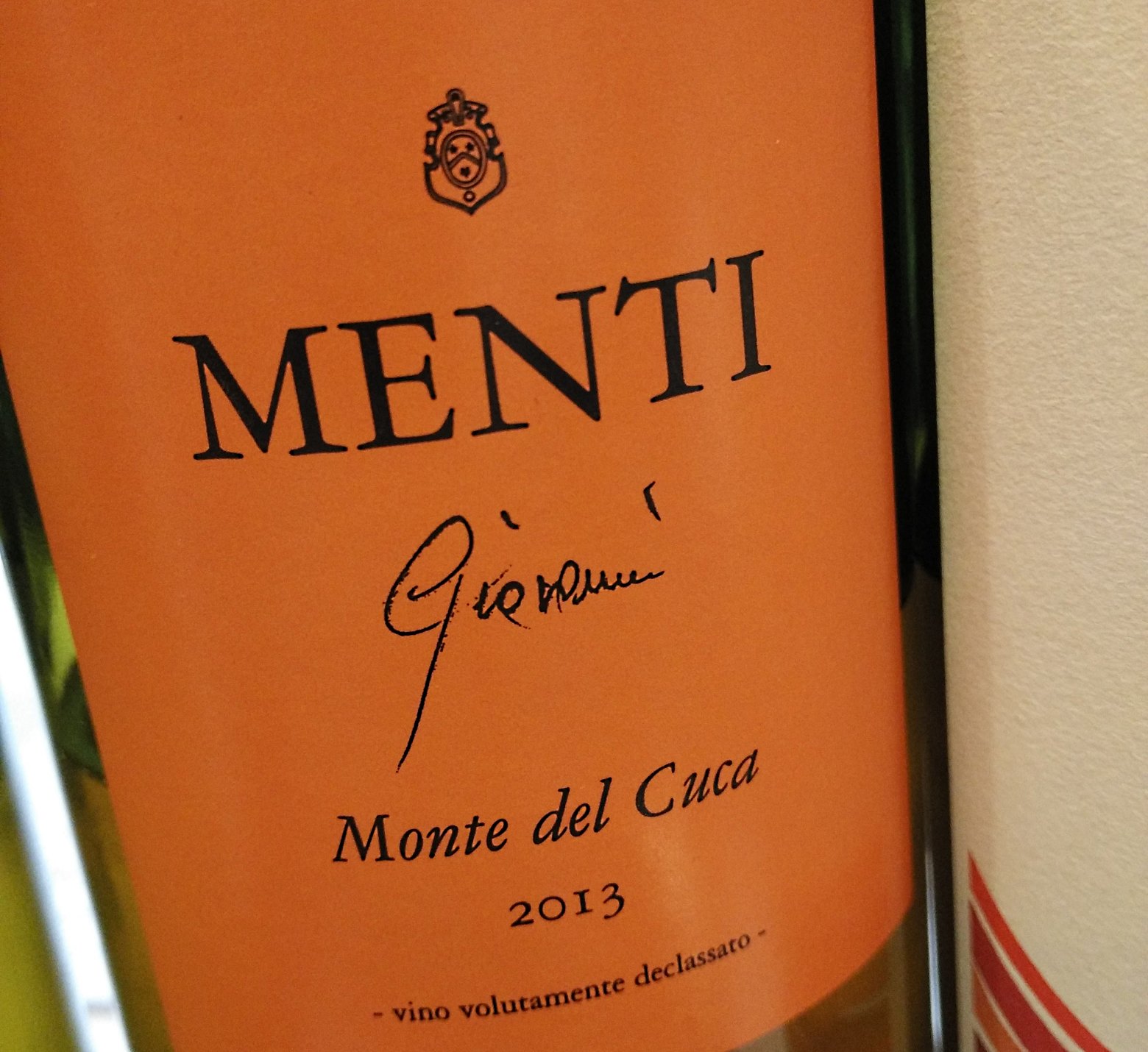