Natural wine, acid punk and all that jazz 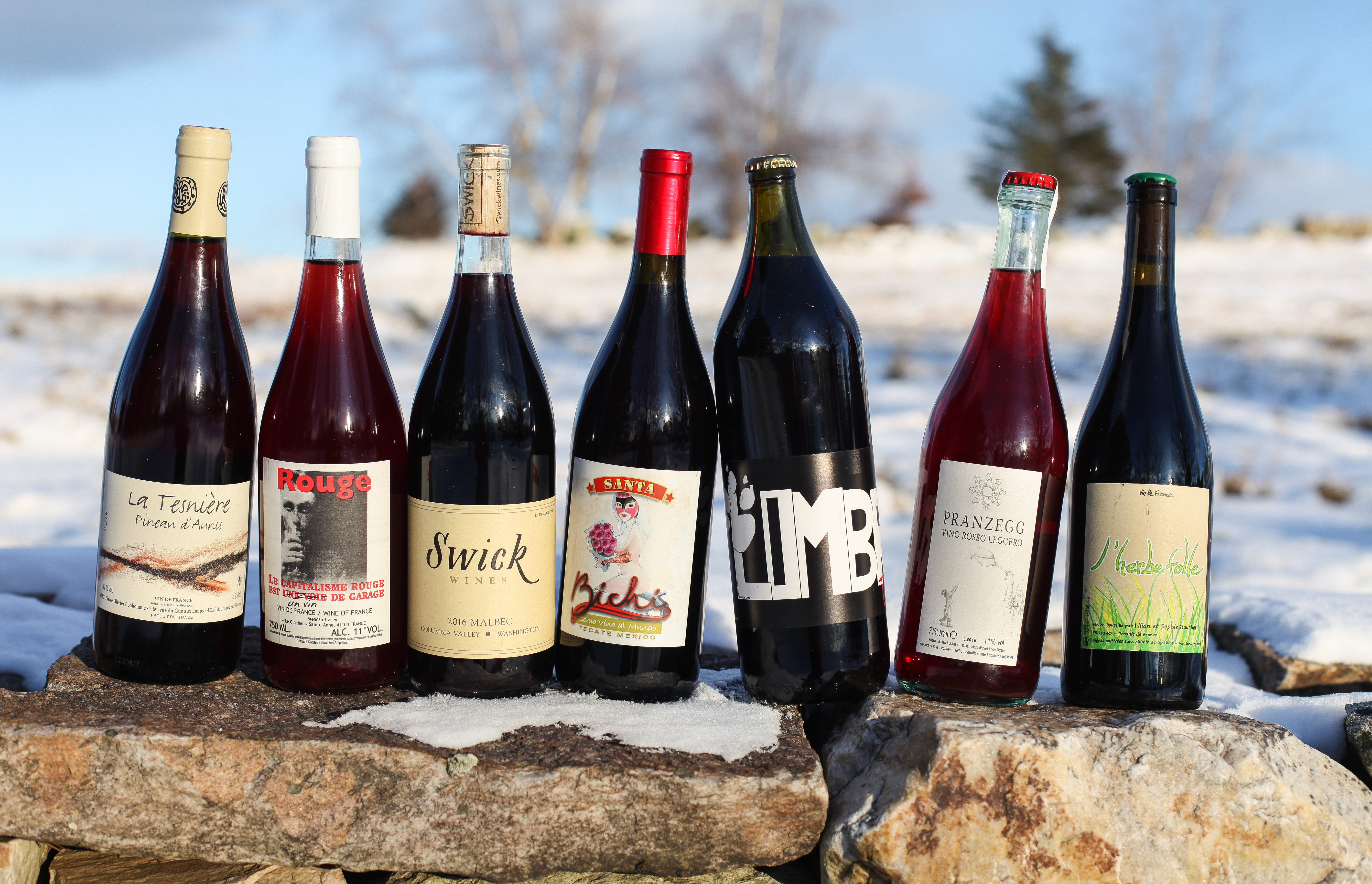 In November The Guardian published an 1800-odd word article about natural wine of which approximately zero said anything new. Not that it had to. A piece called “The cult of natural wine – ‘this is like punk or acid house’” was bound to rip through the Internet like wild fire, breaking news or none. To re-post was to validate – a digital secret handshake. See guys, we are cool.

I saw it going round again the other day and got annoyed. Then I got annoyed at getting annoyed. Finally I took action and did what we all do: I blamed Facebook for wasting my time. But I’m sorry Facebook, I was wrong. It wasn’t you this time. It was yet another article saying the same old stuff four-plus years (and that’s a big plus, I’m a newbie) after it’s already been said.

I know, don’t be a snob. Education is important. People need to know there are alternatives; they need to start somewhere. But let’s just imagine we’ve already started. That instead of copy-pasting the same old stuff, we’re charting out where we’d like to go next and that you’ve asked my advice. Well, here goes:

It’s time to move on from just labelling natural wine as ‘different’. As something you’re for or against, have to learn to love or ‘get your head around’ – how can people get their heads around factory farming but not deal with a bit of residual sparkle in their ‘but it’s not meant to be sparkling’ wine?!. It’s not only something made by cowboys and drunk by Ginsberg’s angel-headed hipsters with their pizza while their parents wonder what they’re up to (though a lot of it is drunk by hip kids), and so what if it’s cloudy.

Natural wines come from a philosophy that can give a perspective on the way we do other things; on the more holistic, hands-off mentality we really need to start applying elsewhere. Their makers put in a hell of a lot of hard work. They run huge risks. For or against or not-what-you-know is not the point. ‘Cool’ is not the point. We’re framing the subject wrong by making it seem black and white. You don’t think in terms of black and white when talking about a rainbow.

So where to begin? Talk to the winemakers, watch them work, drink around. Consider the gravity of what they’re doing. The parallels and lessons we can draw. Afterwards, whether a wine’s unfiltered may no longer seem so newsworthy. And while I’ve got my advice hat on, here are six more things we definitely don’t ever need to hear any more about:

1. That natural wine is a fad

Nope, but I’ll give you ‘trend’: an upward trend among the environmentally conscious to adhere to sustainable, environmentally-friendly practices while producing artisanal products for those who care. On a good day, I might even call it the future.

2. That there’s no definition of ‘natural’

Get over it. No one seems to be too concerned about what standards conventional wineries are held to or whether there’s room for abuse.

3. That there’s a fourth colour of wine you didn’t know about

Orange wines are often dragged through the mud of generalities about natural wine even though they are not necessarily natural per se. Also, evidence dating this style back 8,000 years means the fact you didn’t know about it is a little besides the point. Think about it: you’re a farmer. You’ve got lots of things to do. You’re thirsty. Are you actually going to bother taking the skins off, robbing the grapes of their natural protection just to make it a colour we nominally call ‘white’? Didn’t think so. And just a thought: Was rosé such a difficult debutante?

4. … and that it tastes like nuclear ceiling drippings while the reds and whites tend towards flawed cider, farmyard, hamster cage, what my grandfather’s wine tasted like or (gosh!) grape juice

5. The no hangover thing

Wine is alcohol and alcohol is ethanol and ethanol is a toxin and if you drink too much you will die or at least wake up with a hangover, natural or not.

Here, I did some research. I WhatsApp’ed four friends to recall an old natural wine they enjoyed still in top form. The results:

The discourse is still too concentrated on low hanging fruit. Let’s reach higher. We can have both meat and juice. 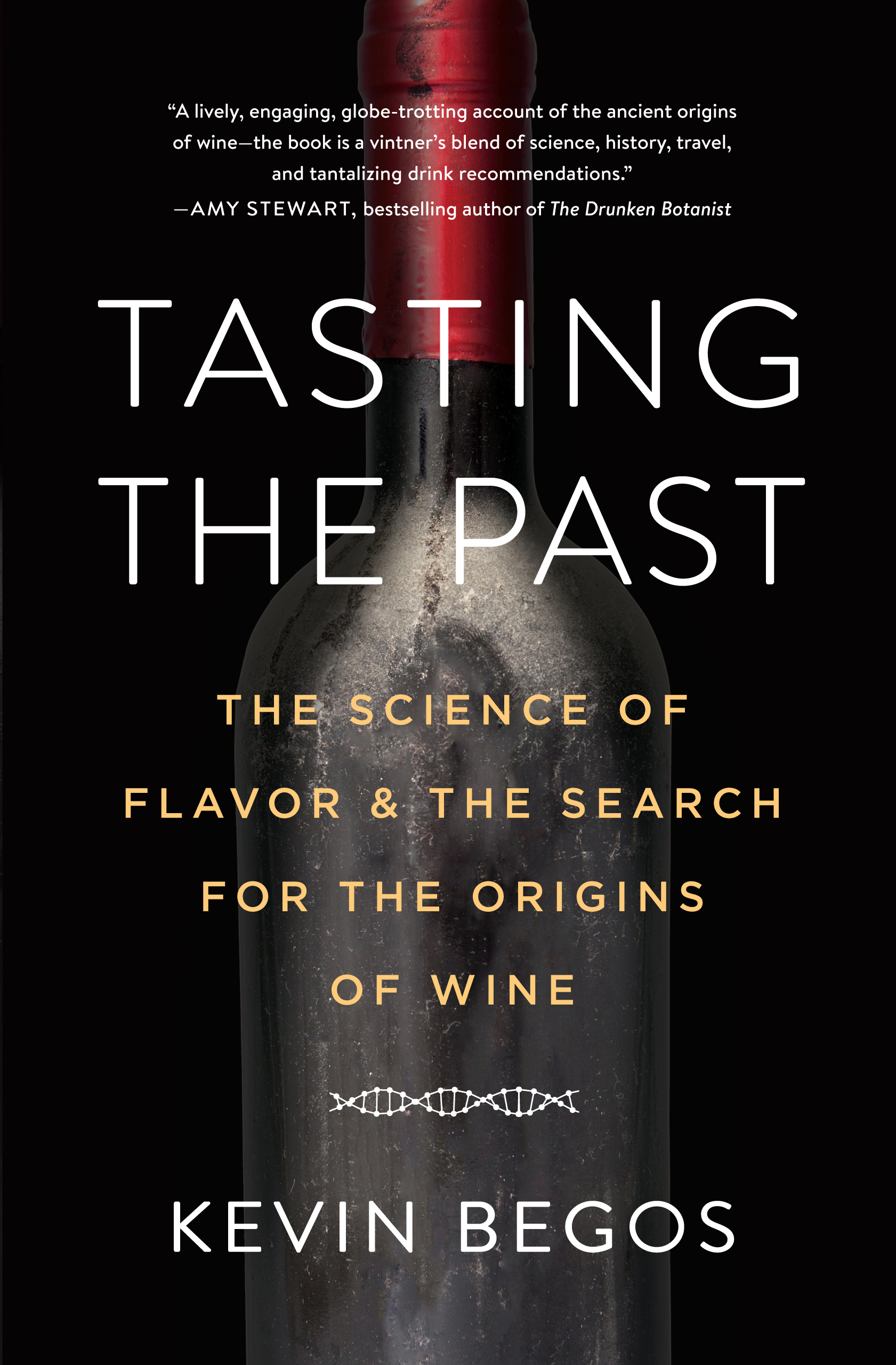 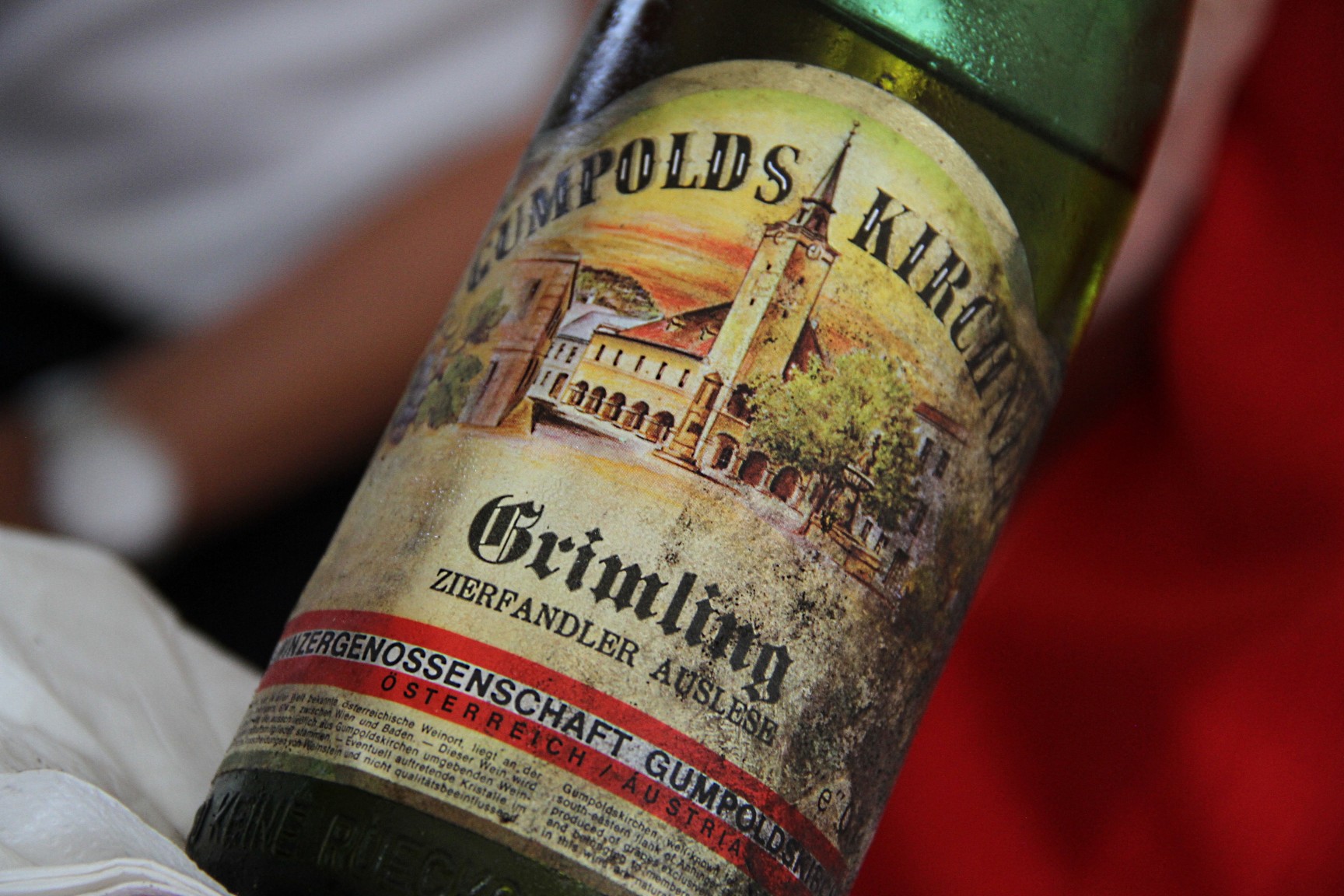 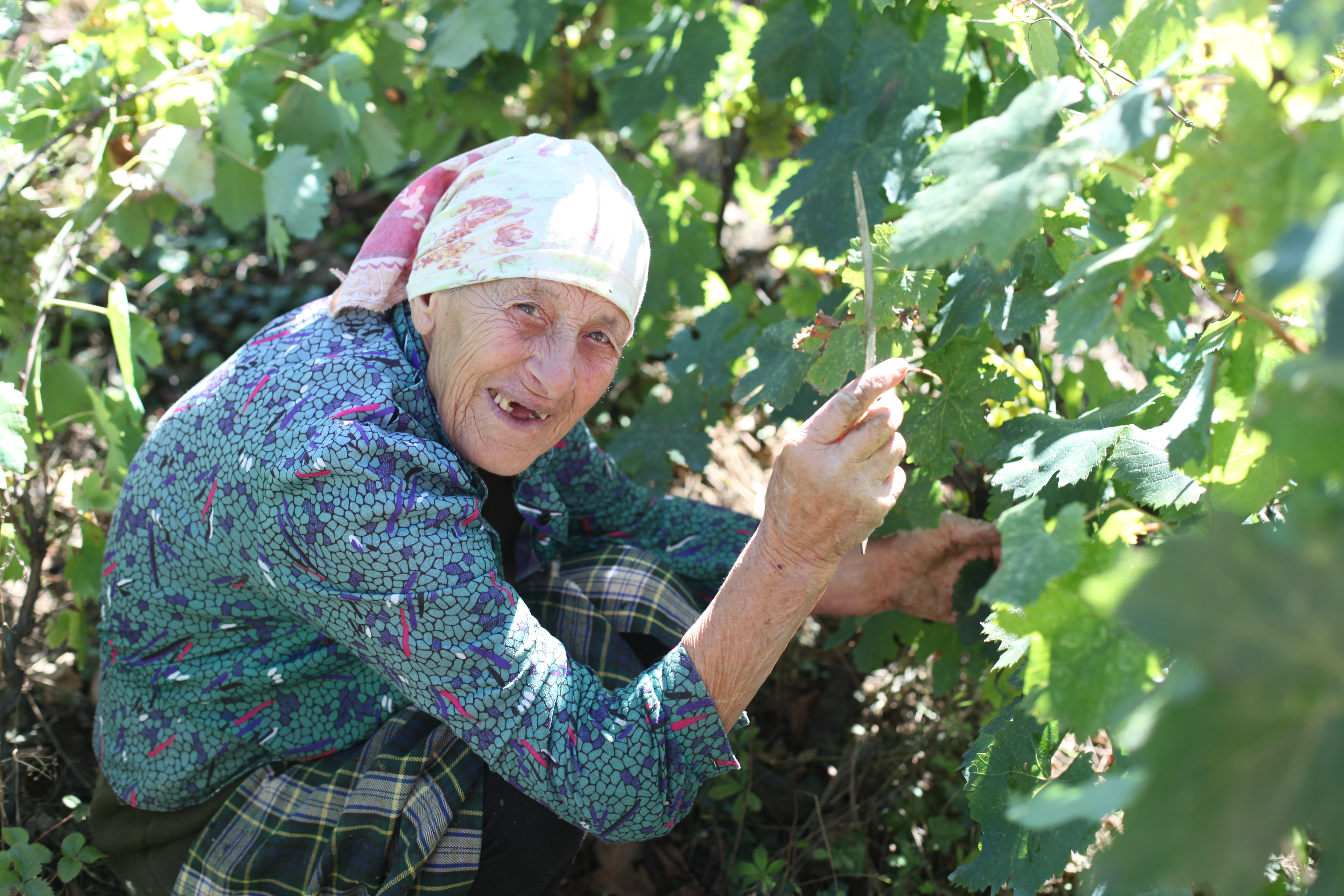 A toast to the Georgian harvest

indeed they should but….

A further update from VIrginie on more recent vintages (for anyone who is interested):

Ugh! You started so well! then u lost the plot! Good wine is good Wine! Less chemicals is the Future! BD, Organic & Natural! But has to be good!

Eric Bernardin So here’s the reply from VIrginie Joly:

So, yes the levels of added SO2 were higher than they are now. But still very low compared to the rest of the industry.

Hum, Coulée de Serrant is not a natural wine. It’ contains lots of sulfites.

All wine contains sulphites. I think most people would count Coulée de Serrant as totally fitting in with the natural ethic.

Eric Bernardin There is no fixed definition of “natural wine”. Some producers include the possibility to add small amounts of sulphur in their idea of “Natural wine”. Others don’t.

You’ll recall that rawfair, the world’s leading natural wine fair, allows its producers to use up to 70 mg/L of added sulphur in their wines. See http://rawfair.com/introduction-wines-fair

Eric Bernardin I’ve just sent Nicolas a message so we can confirm your assertion here. Of course if you already have proof of this, please let me knnow.

In France, 40 mg is the absolute max

Eric Bernardin And what law or statute is that enshrined in please?

No law. Rules of association.

Eric Bernardin So in that case winemakers are free to interprete it as they like. Which of course is what they do.

I’ve never met a French winemaker who told me that a wine can only be natural if it contains less than 40mg/L of SO2. For a start, are you talking total, free, bound, added, naturally occurring?

(Some more of Joly’s thoughts on SO2. Merci Alice Feiring): http://www.alicefeiring.com/blog/2012/07/a-letter-from-nicolas-joly-on-natural-wine-means-nothing.html

Eric Bernardin Les Vins S.A.I.N.s looks like great fun, but I see they only have 14 members across four countries. . . .