Simon reviews the new novel from Peter Stafford Bow - Firing Blancs is the third in the Felix Hart series, following on from Brut Force and Corkscrew 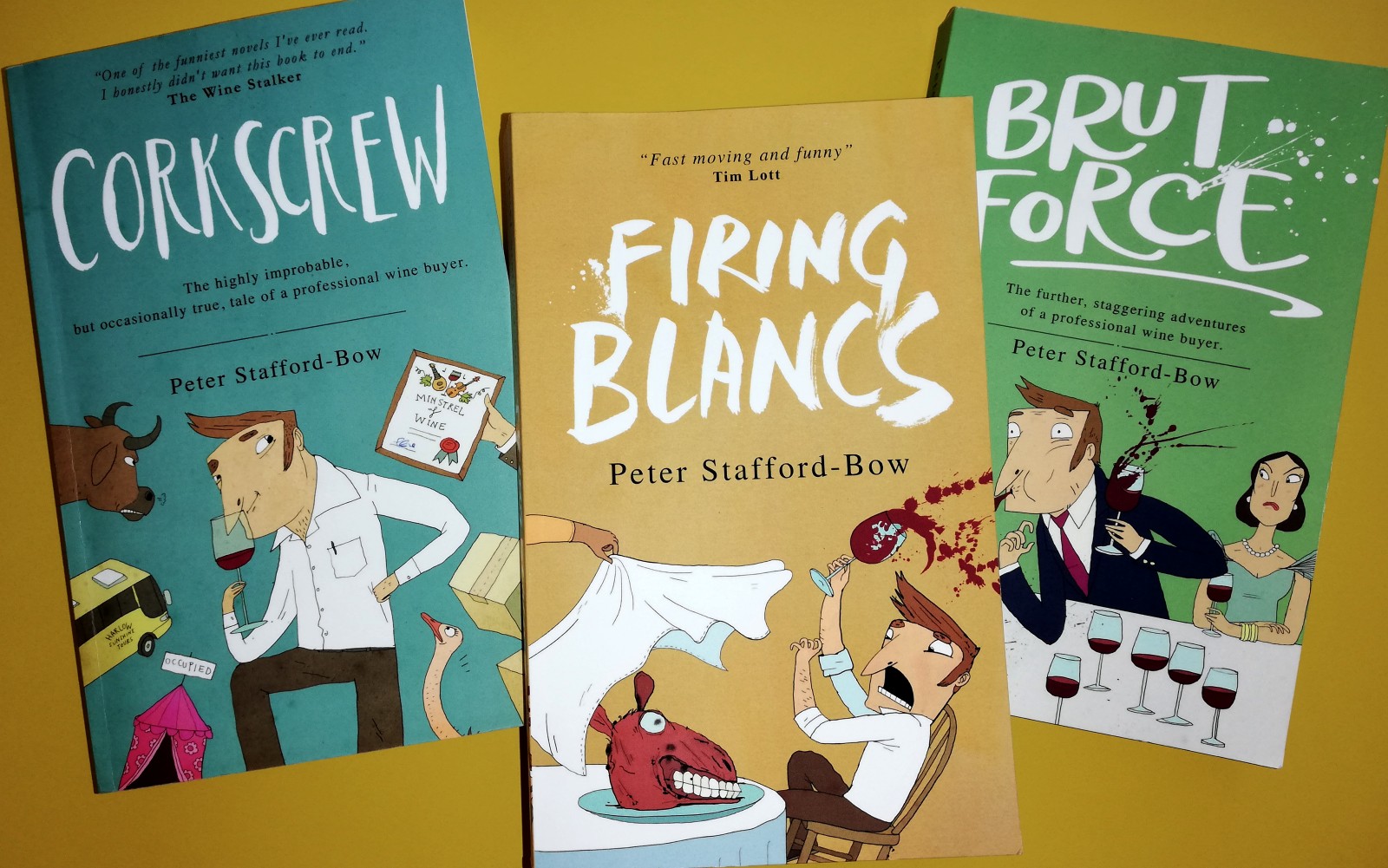 You might think that wine and comedy make obvious bedfellows. But certainly in the case of wine writing, this is very rarely the case. A few valiant (or foolish?) souls have tried, but the results have mostly been risible rather than side-splitting. Thank goodness for Peter Stafford-Bow, who is currently the only author I know who’s really made this combination not just sing, but positively cavort naked around the room.

Let’s get one point out of the way immediately. That name? It’s a pseudonym – a nom de plume, if you will. Whilst I’m sworn to secrecy, I can confirm that I’m one of only a few thousand people on the planet who know this man’s true identity. I’ve even met him in person. I would just add that even those with a bird’s eye view of the industry will struggle to unmask him. No, he is not Banksy, or Robert del Naja.

When Stafford-Bow’s first novel Corkscrew appeared in 2018, I lapped it up eagerly. Outrageously baudy and ridiculously improbable, it was a huge amount of fun. Our hero Felix Hart treads a time honoured rags to riches path up the ladder of wine retail, shagging just about anything that moves along the way, and making good use of the mythical “Madame Joubert’s Lekker Medisyne Trommel”. Gifted to him by his alma mater, it’s a “folk medicine, a kind of pick-me-up” delivered in the form of a white powder. Surely no connection to the twilight worlds of high-end sales and marketing executives there.

By the end of the book, there’s a sizeable body count, and we’ve made the acquaintance of the wonderful Minstrels of Wine – the world’s oldest, most revered and feared wine qualification, and one of Stafford-Bow’s true imaginative triumphs.

If Corkscrew was occasionally a bit of a boy’s night out, one could feel the writing becoming steadily more assured as the novel proceeded. The early interjections of wine tasting notes, or titbits about various wine styles felt contrived, but this becomes rapidly integrated into Hart’s bon-vivant-meets-James Bond style.

The sequel Brut Force followed in quick succession. Here, the writing purrs like a well-oiled motor, and Stafford-Bow expands on his irresistible vision of the Minstrel of Wine “houses”. It’s a fantastical world of wanton hedonism which I have to admit had me dreaming that it might really exist for months after finishing the novel. The pace is equally brisk, the stakes are ever higher, the corporate intrigue more complex and the cliff edges taller. Along the way, Felix Hart discovers natural wine, in one of Stafford-Bow’s many wicked satires on the state of the wine industry.

Having devoured both novels in a matter of weeks, I was left high and dry waiting for the follow up. And now finally, after two years, here it is: Firing Blancs. As it hit the doormat, I felt like a heroin addict who’d just received a fix.

This time our hero, still at the top of his game at Gatesave supermarket, is dispatched to South Africa where most of the novel plays out. This is a notable departure from the previous two instalments, which were set in London or at least Europe. As ever, Felix Hart finds himself in a series of ever more extreme predicaments. Gatesave’s management has turned against him, and a rogue supplier of South African plonk causes a stink in the press when he’s accused of practising slave labour. And this is just the start.

Just like its two predecessors, Firing Blancs rattles along as fast as a bullet, with Hart surviving one scrape after another, usually more by luck rather than judgement. But something’s different in this novel. First, it’s very clear that the author knows South Africa and its wine-lands well. There’s a social conscience buried deep in the book’s DNA, as it throws up all manner of injustices in the Cape’s wine industry. Second, Felix seems to have lost his libido. Admittedly, as he spends most of the novel figuring out how to stay alive in a shanty town, the opportunities for copulation are few and far between. Most outrageously though (and I might have asked for my money back, had the author not kindly sent me a review copy), Madame Joubert’s Lekker Medisyne Trommel doesn’t put in a single appearance!

Be that as it may, Stafford-Bow’s imagination continues to delight, and he doesn’t miss the opportunity to take a few swipes at ghetto tourism and the Instagram generation along the way. As with the previous two books, no wine knowledge is needed to enjoy the read – but if you do happen to work in the trade, many of the references are that much more amusing. The coup de grace is inspired, and will particularly tickle anyone (like me) who lives in the Netherlands. I won’t spoil it, but I did also laugh at the Dutch retailer’s magazine “Goedkoper vandaag” – an accurate reflection on one of Europe’s most price-conscious nations.

I do have the slight fear that the Felix Hart books could settle into a page-turning formula, but this is more-or-less avoided in Firing Blancs by its clever integration (once again) of topical issues. Doubtless even the author had no idea quite how top-of-mind black rights issues would become by the time this book was published.

Whether Felix Hart can sustain a fourth book is a moot point. But anything’s possible. For now, if you need a witty, wine-themed page turner for your staycation, Firing Blancs is an ideal choice. 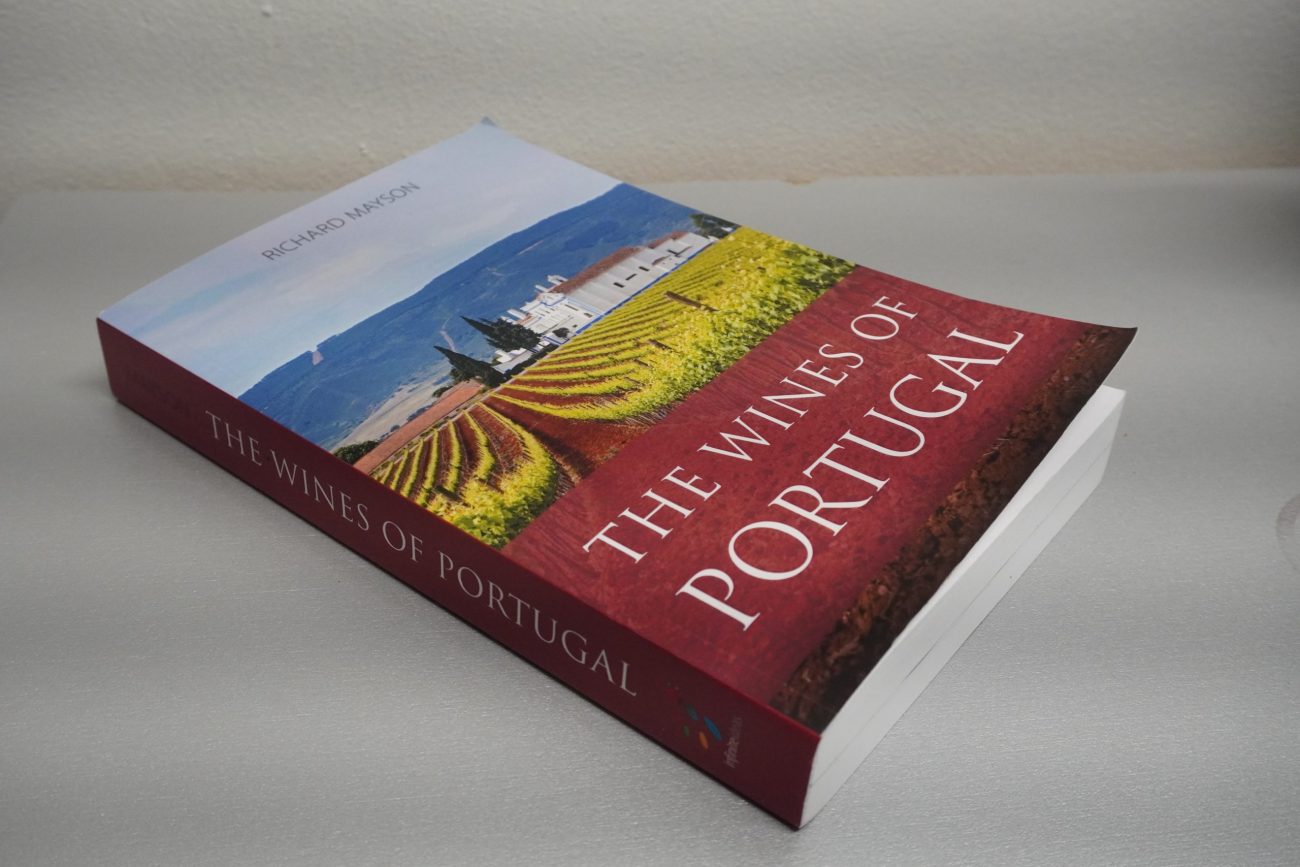