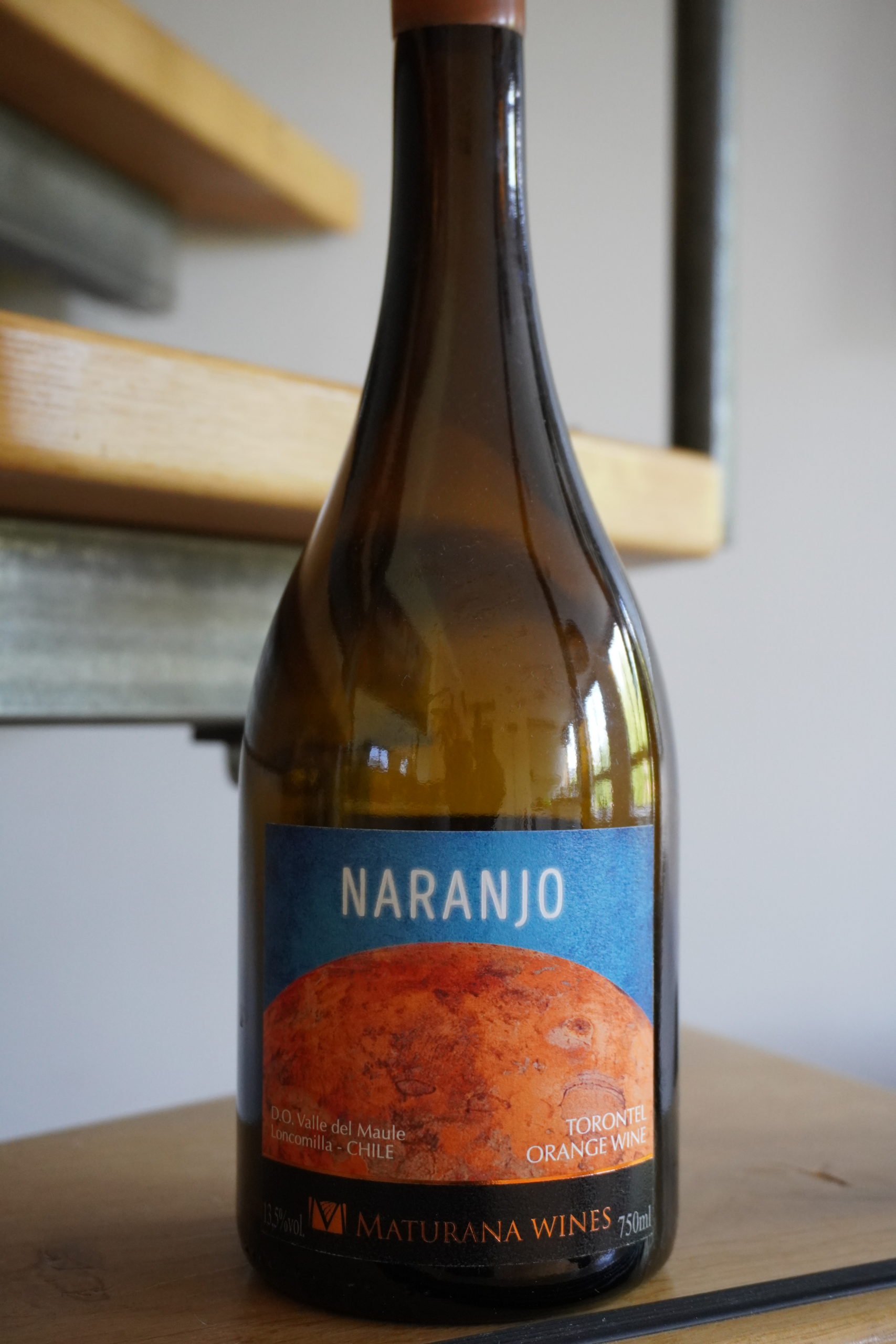 Not to be confused with Argentina’s Torrontes, Torontel is an old variety that was probably introduced to Chile in the 16th or 17th century by the Spanish. This wine is produced from an 80 year old plot, and skin fermented in concrete eggs for eight days, before pressing and then further ageing also in concrete eggs.

It’s charming and aromatic on the nose, full of white peach and elderflower. I found it a bit bland on the palate though – the peachiness dominates, together with some notes of honeysuckle and ripe pear. It’s certainly silky-textured – but in fact the lack of backbone is a bit of a negative. Some more grip might have balanced the rather viscous, oily texture. I’d have liked a bit more freshness and acidity too.

I have a slight feeling that this wine was fretted-over at the last moments – some flitration, I don’t know what else. It’s lacking any grit or excitement. The nose is the most characterful part by far.

That said, this is a pretty accessible style – it won’t offend anyone, and is I guess a kind of gateway orange in that respect.